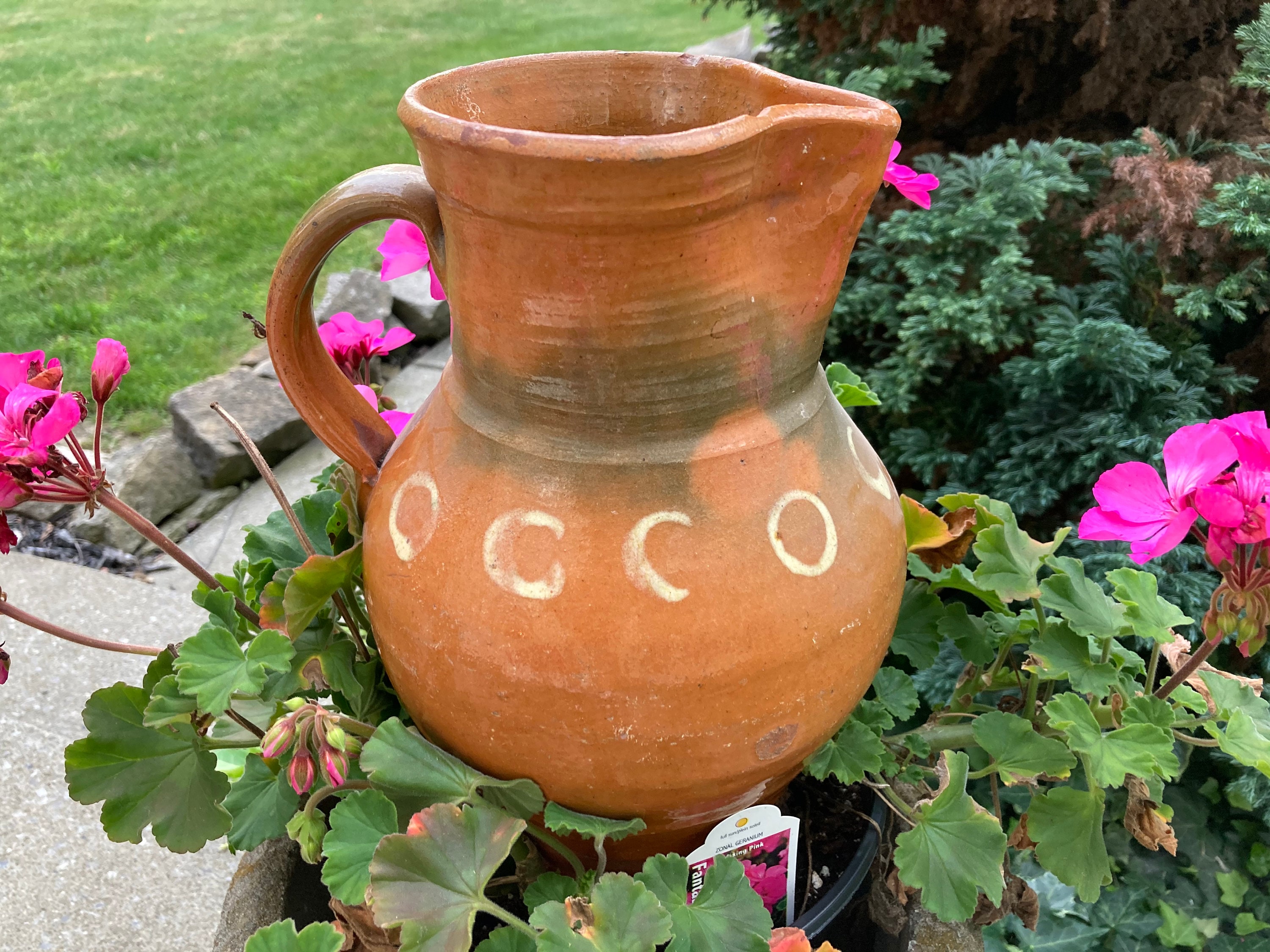 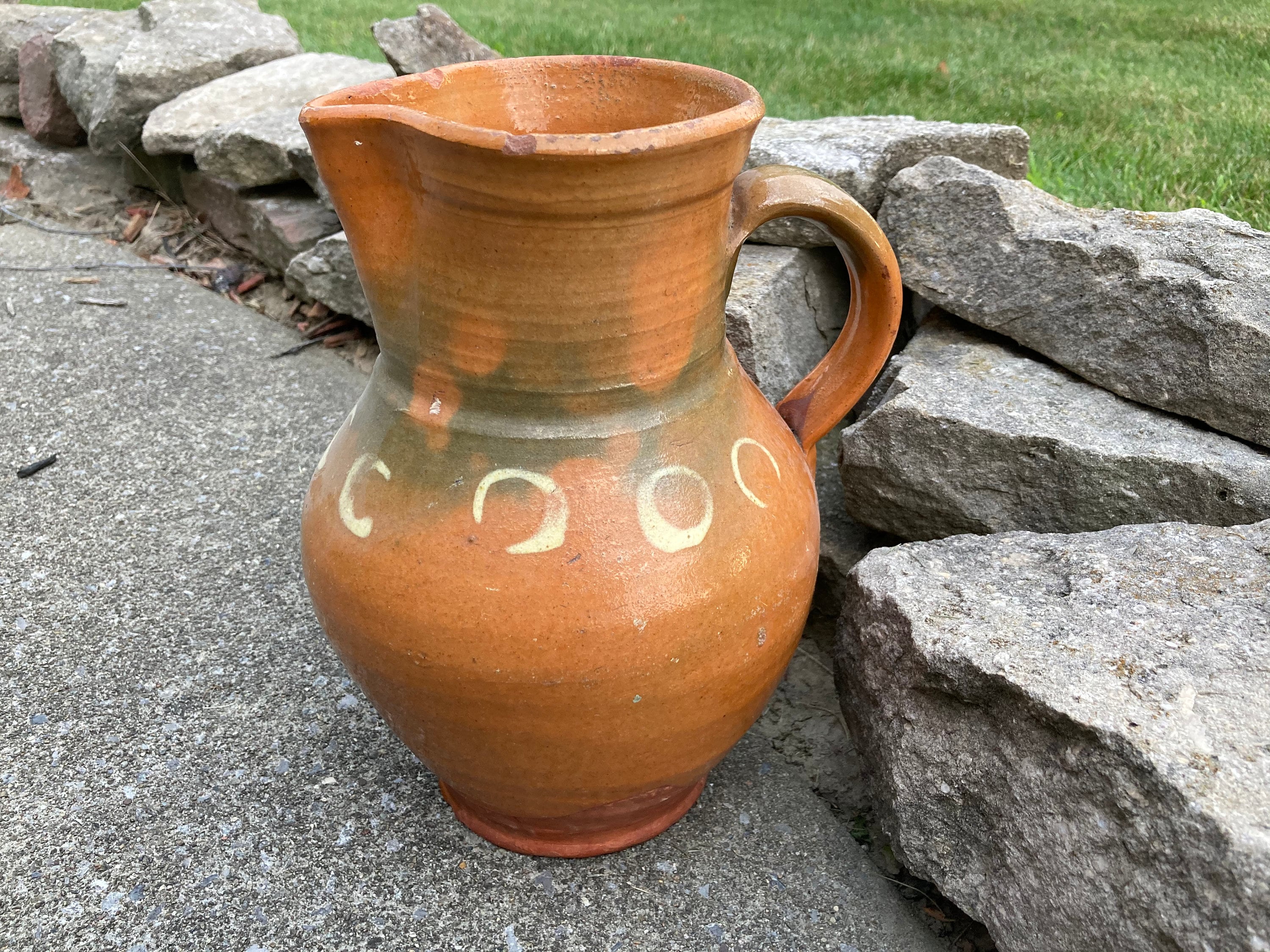 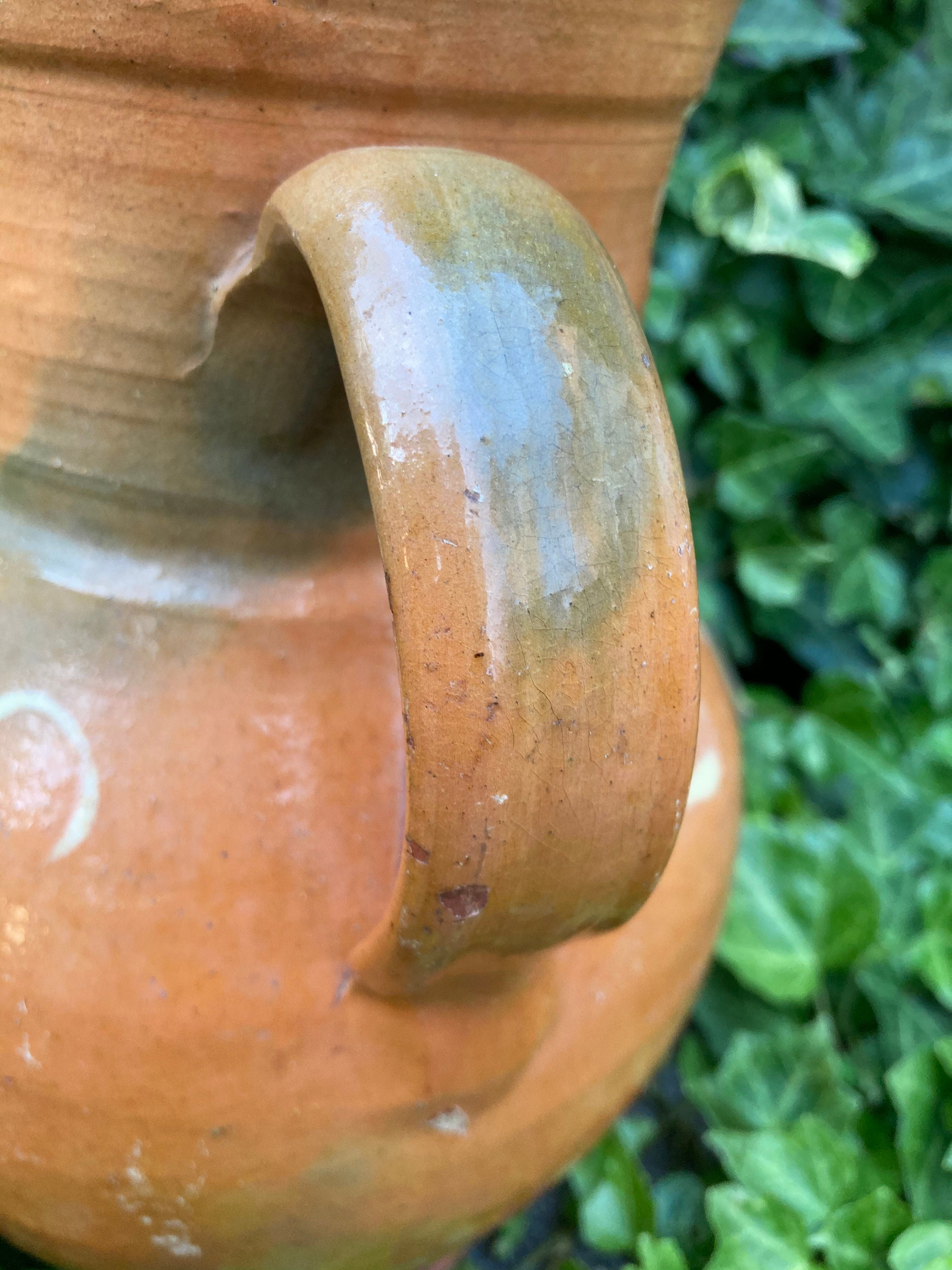 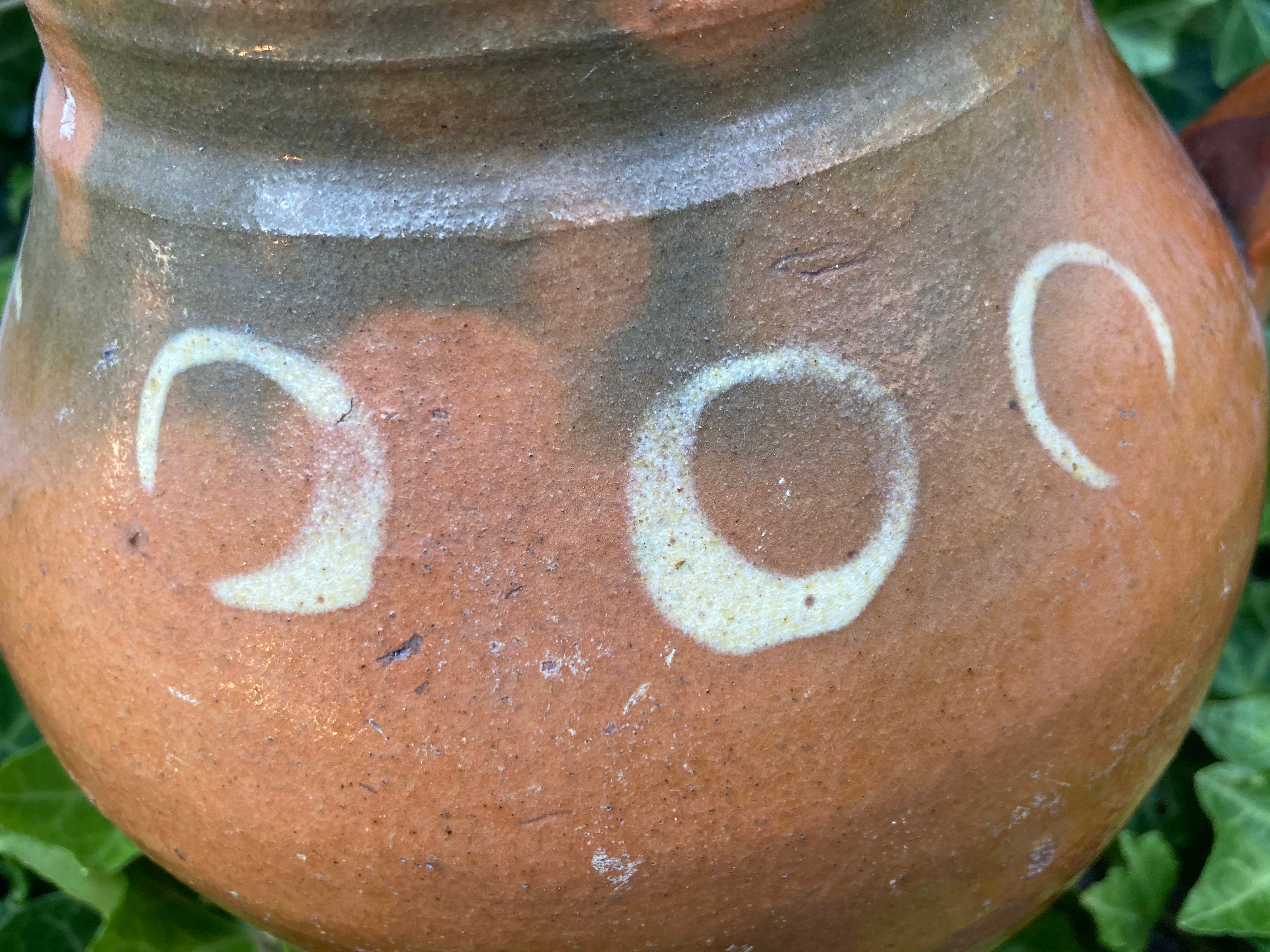 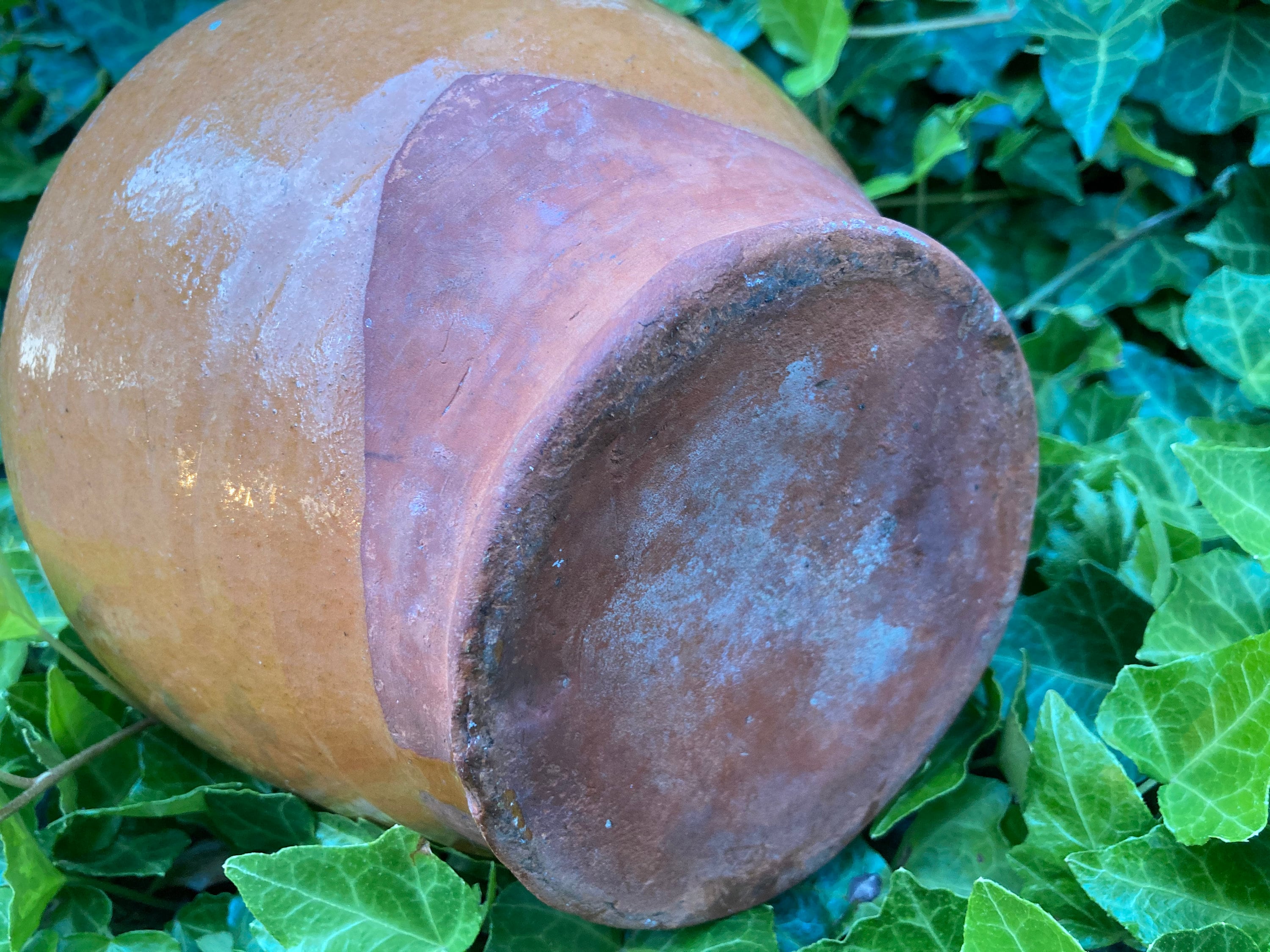 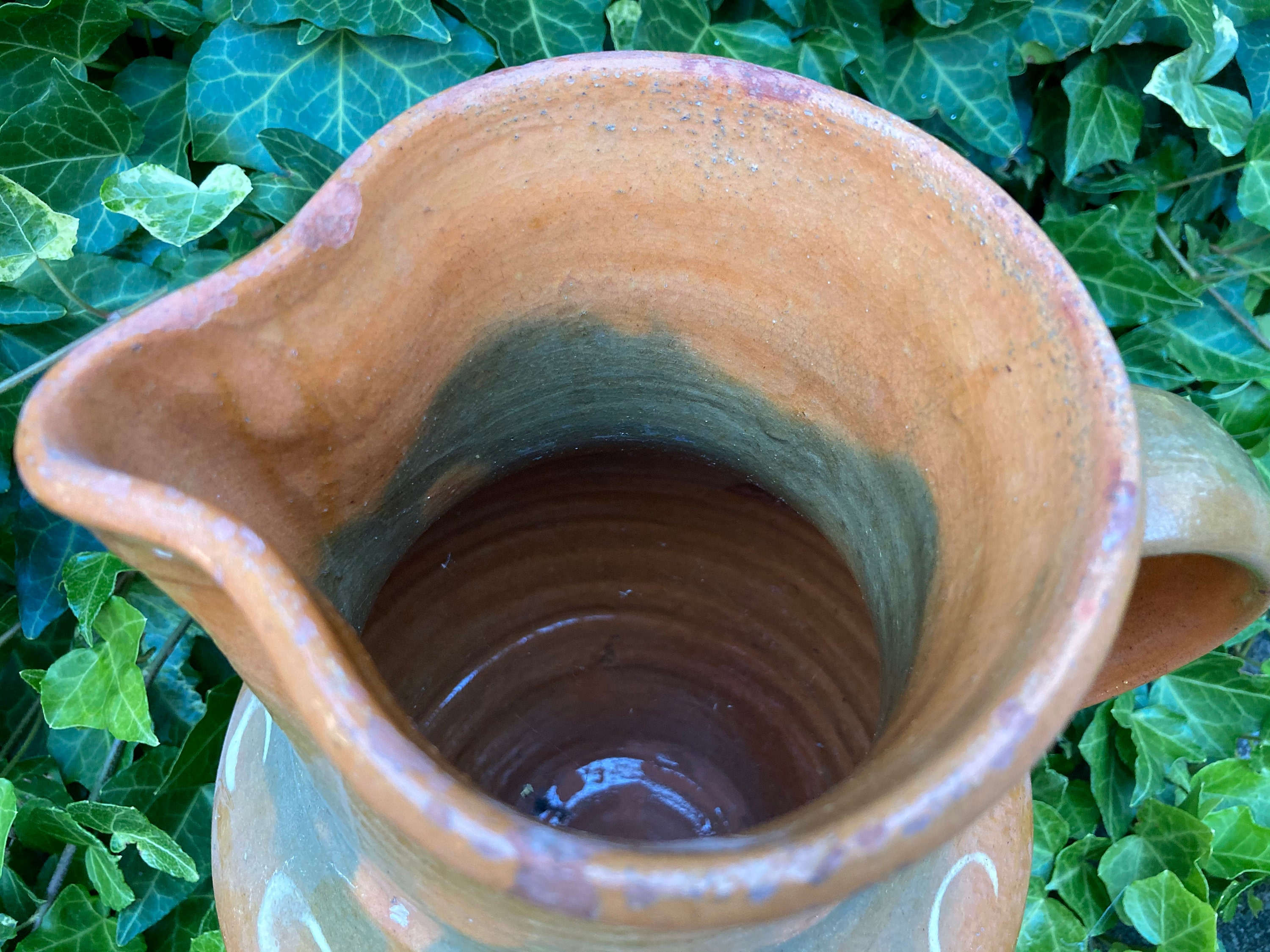 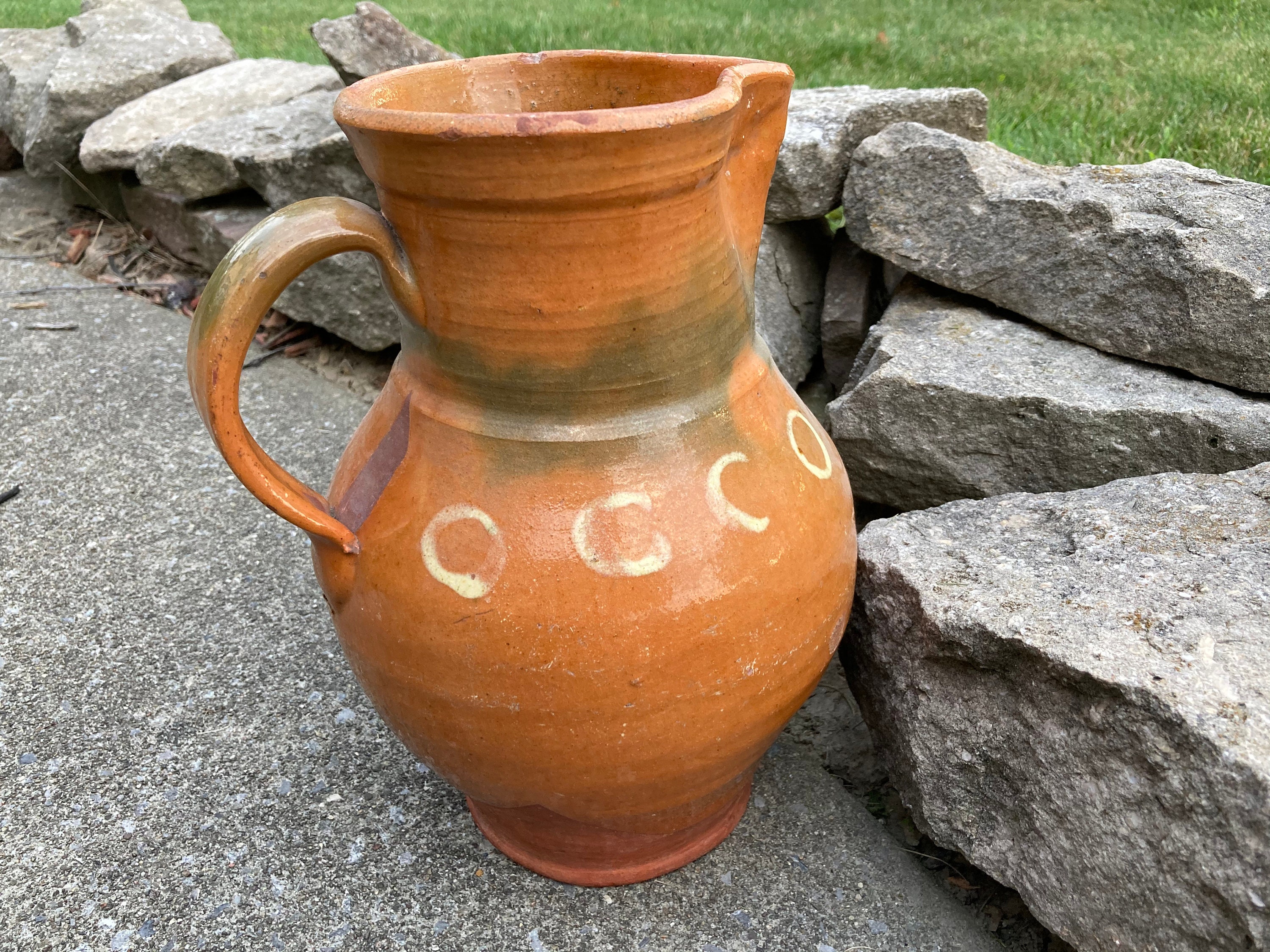 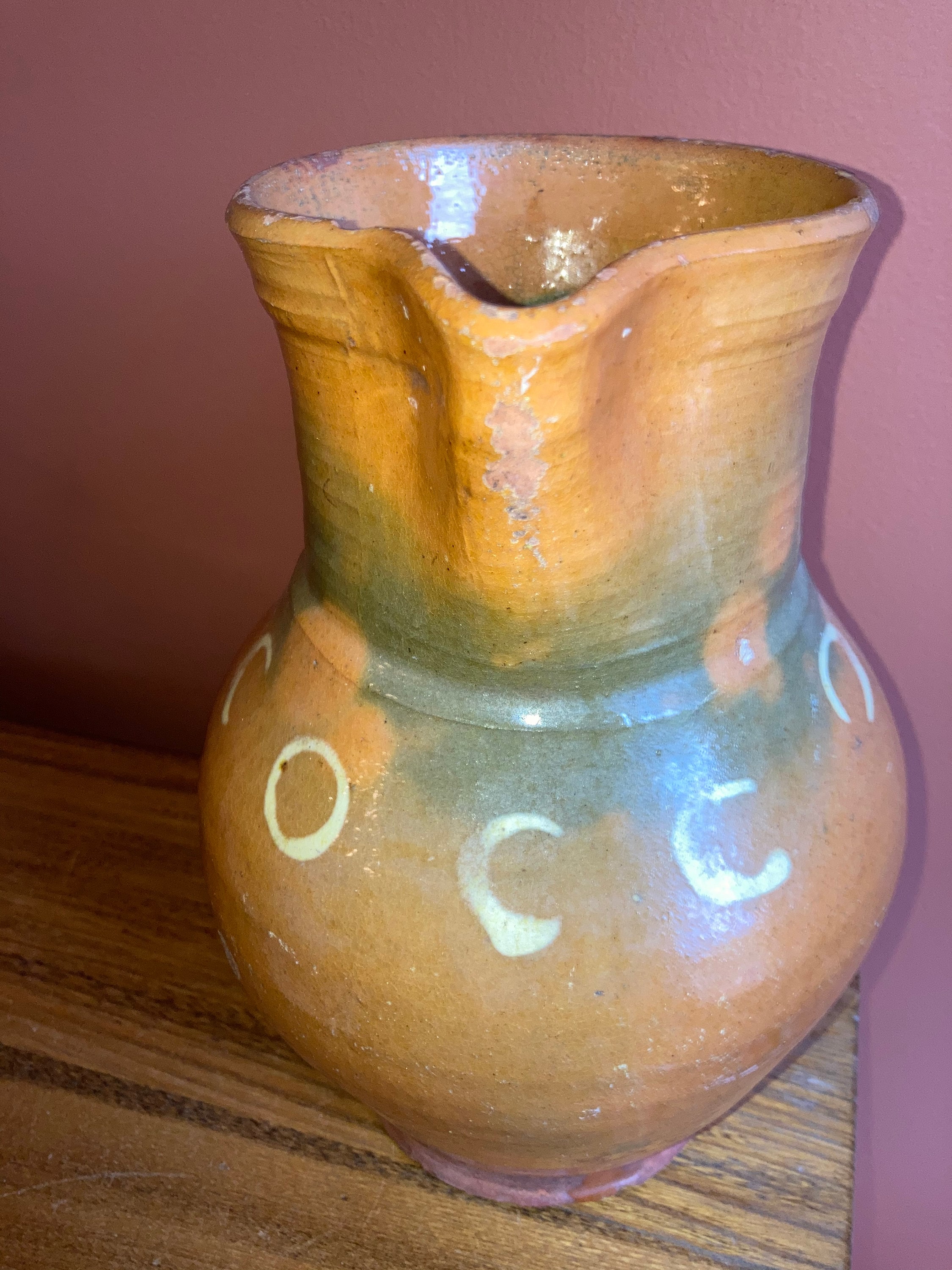 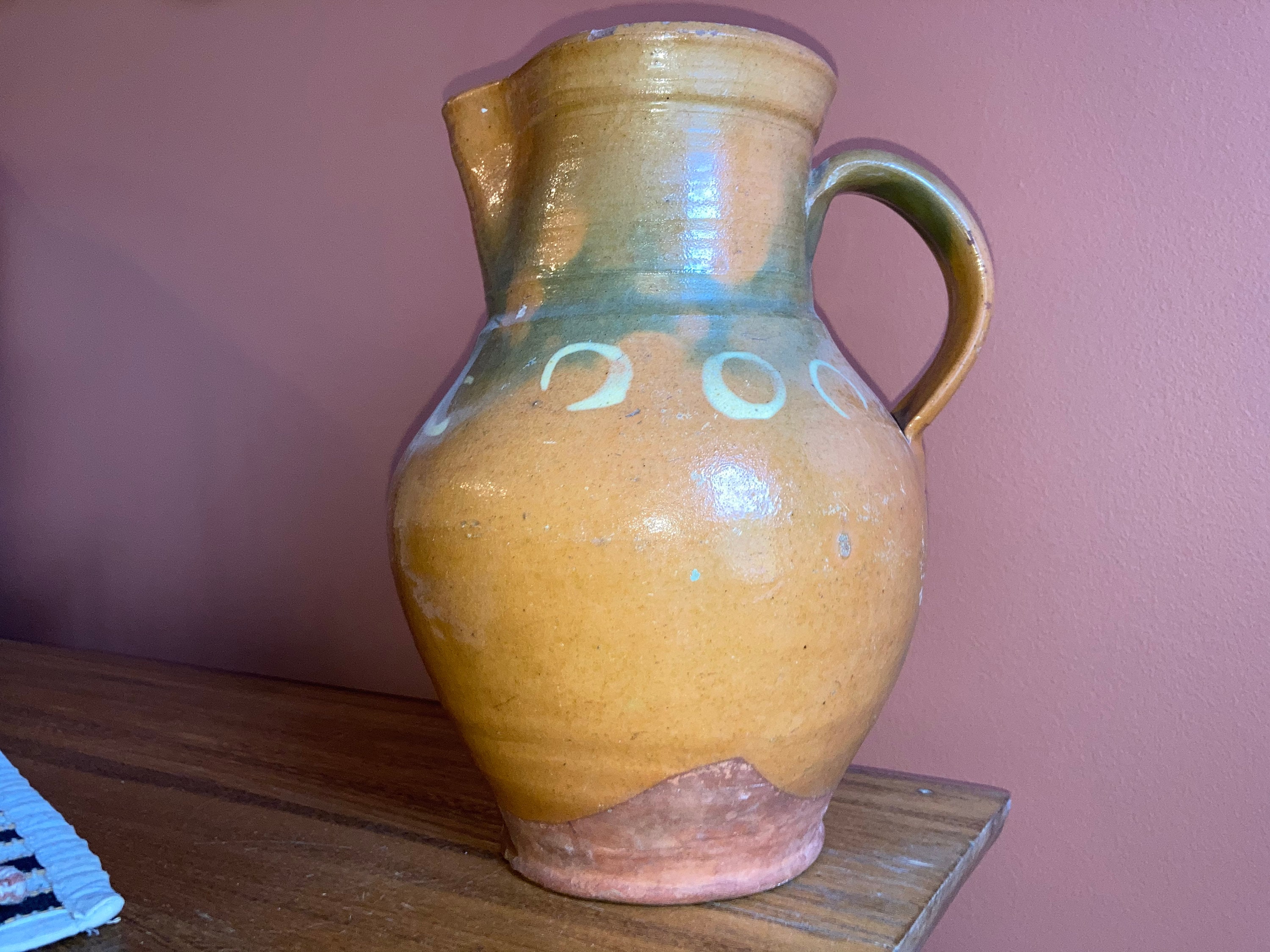 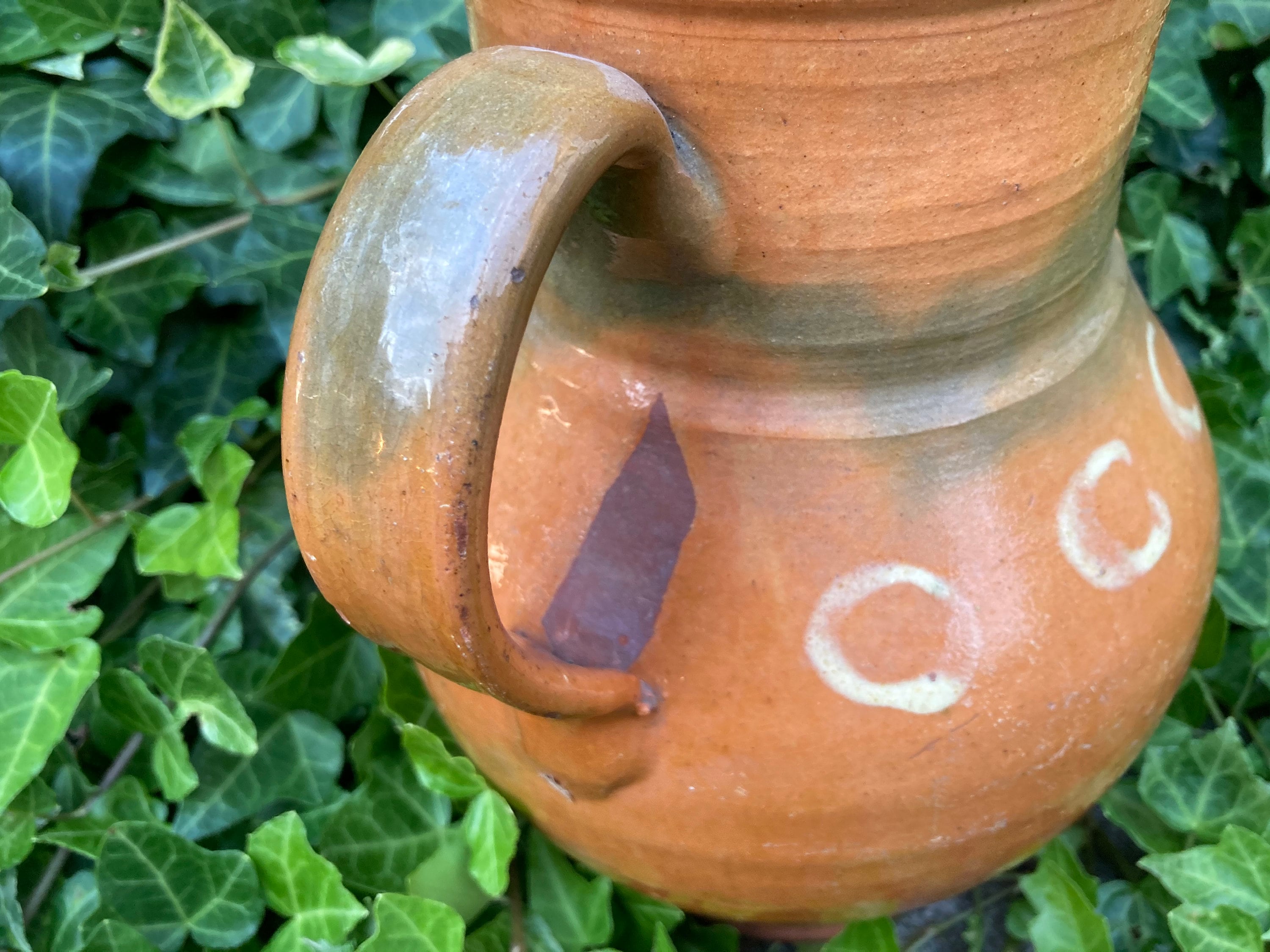 Here's an exceptionally nice, 19th Century redware pitcher in very good, as-found condition! Bulbous in shape, this primitive piece of pottery is thick-walled and rather beefy, but well-preserved and quite collectible. Coated in lead glaze with some mottling, it's mainly orange and has some green inside and out. Around the belly of this pitcher is a whimsical, hand applied chain-like decoration. A small area near the bottom of this piece as well as the underside itself were never glazed. Those unglazed portions have an old, original, grungy patina that's the result of use, wear, and the passage of time. Redware pots and pitchers like this one were stored in cellars on dirt floors and the natural, unglazed surfaces soaked up ground moisture and cooled whatever was being stored inside as the interior glaze protected the contents from contamination. The piece was likely used to store and serve homemade juices and milk back in its time. It stands 10 inches tall and is 7 1/4 inches at its widest point. The base measures 4 3/8 inches in diameter; the opening measures 5 1/8 inches long, across the spout.

Surviving pieces of 1800s utilitarian redware pottery typically have damage of some sort, especially chipping or cracks. This pitcher has two, old, worn chips on the opening rim. There's some minor wear to the glaze that doesn't harm its charm. Best of all, there are no cracks or hairlines in this pitcher and the applied handle has never been broken. It's a rugged, structurally sound piece of pottery that's much heavier than it looks. Before stoneware became popular, redware pieces like this one were the popular standard. While it saw plenty of use in its day, it wasn't considered anything special back then. Now it has become great example of redware folk pottery that would be a superb addition to any collection or a unique piece to decorate your home. You won't be disappointed in this!