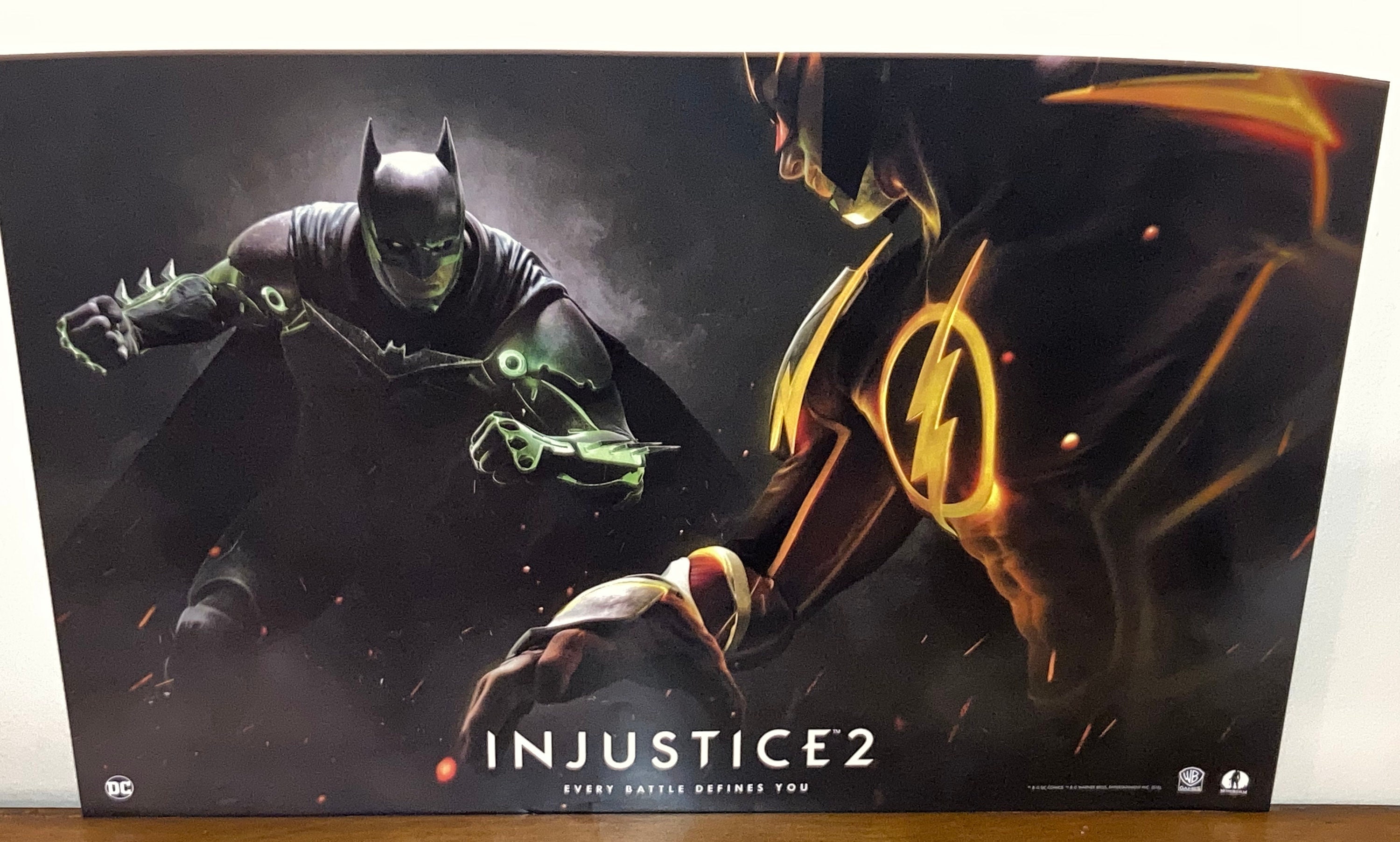 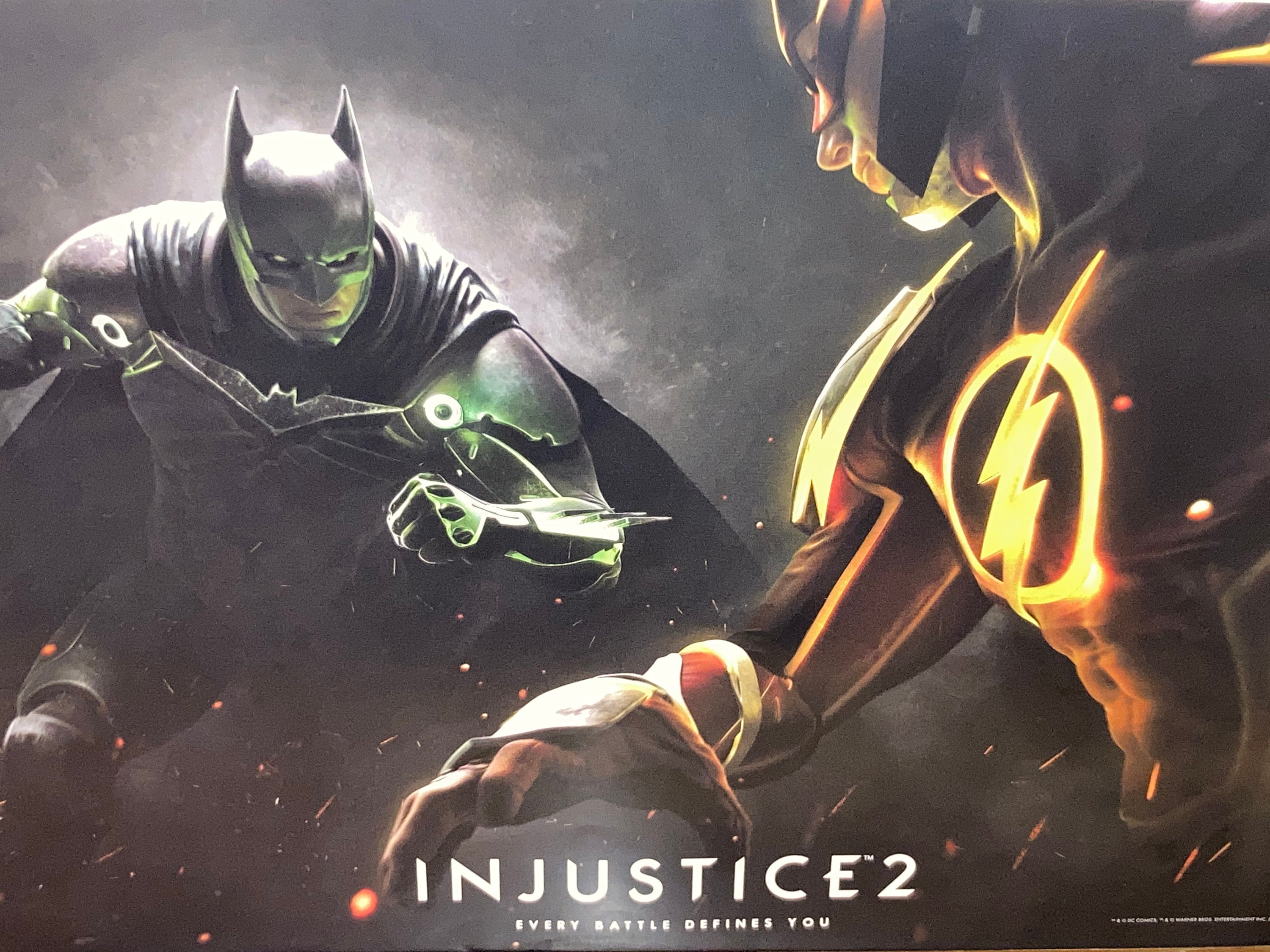 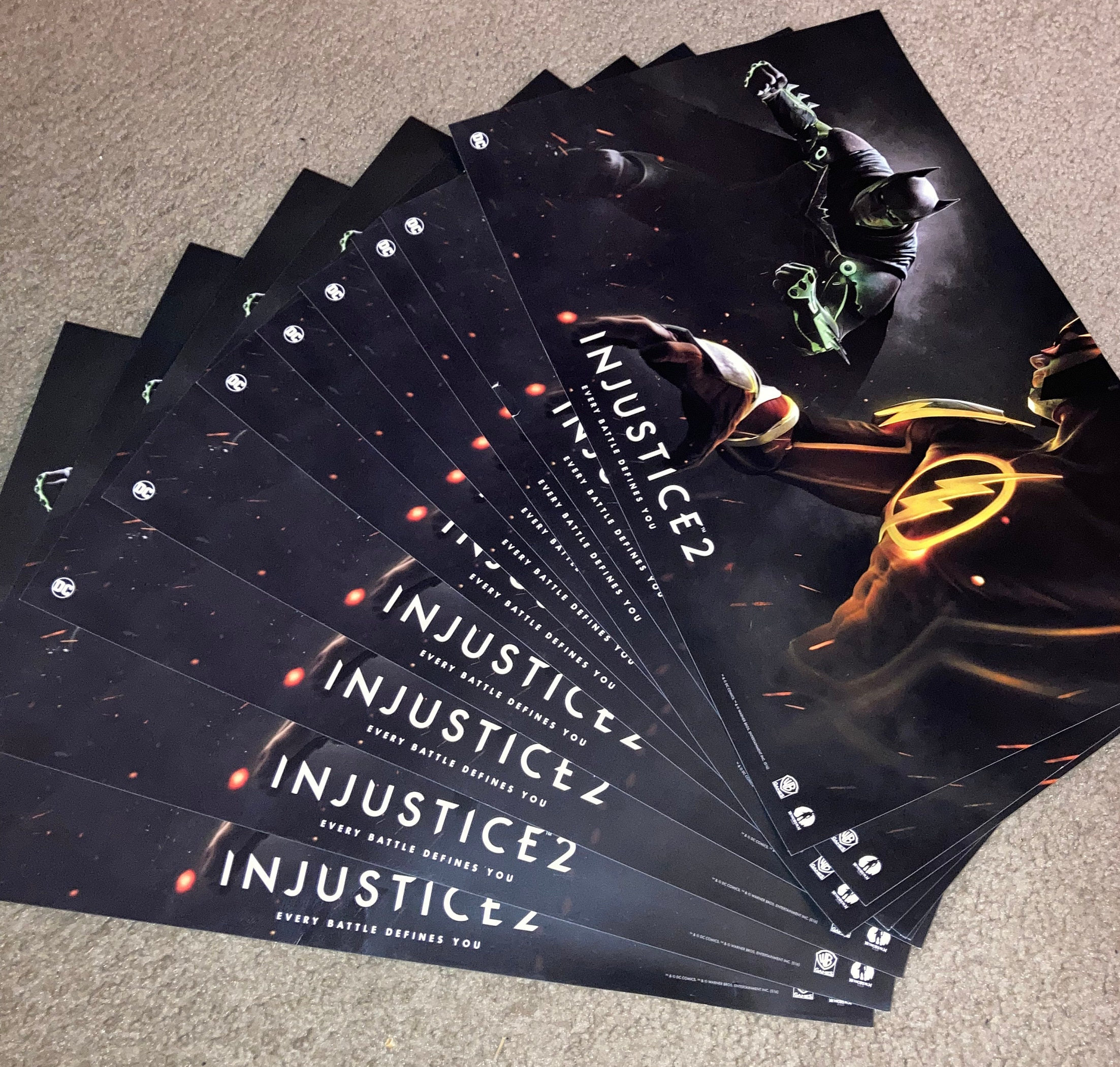 Lot of 10 never-hung posters for the "Injustice 2" video game. These are official, promotional game posters that measure about 17" long by 11" high that were found stored in the back room of a game shop. They are in very good shape with minor shelf wear/age.

Injustice 2 is a sequel to the 2013 fighting game "Injustice: Gods Among Us". The release date was in May 2017 for PlayStation 4, Xbox One, iOS, and Android, with a Microsoft Windows version released later in November 2017.