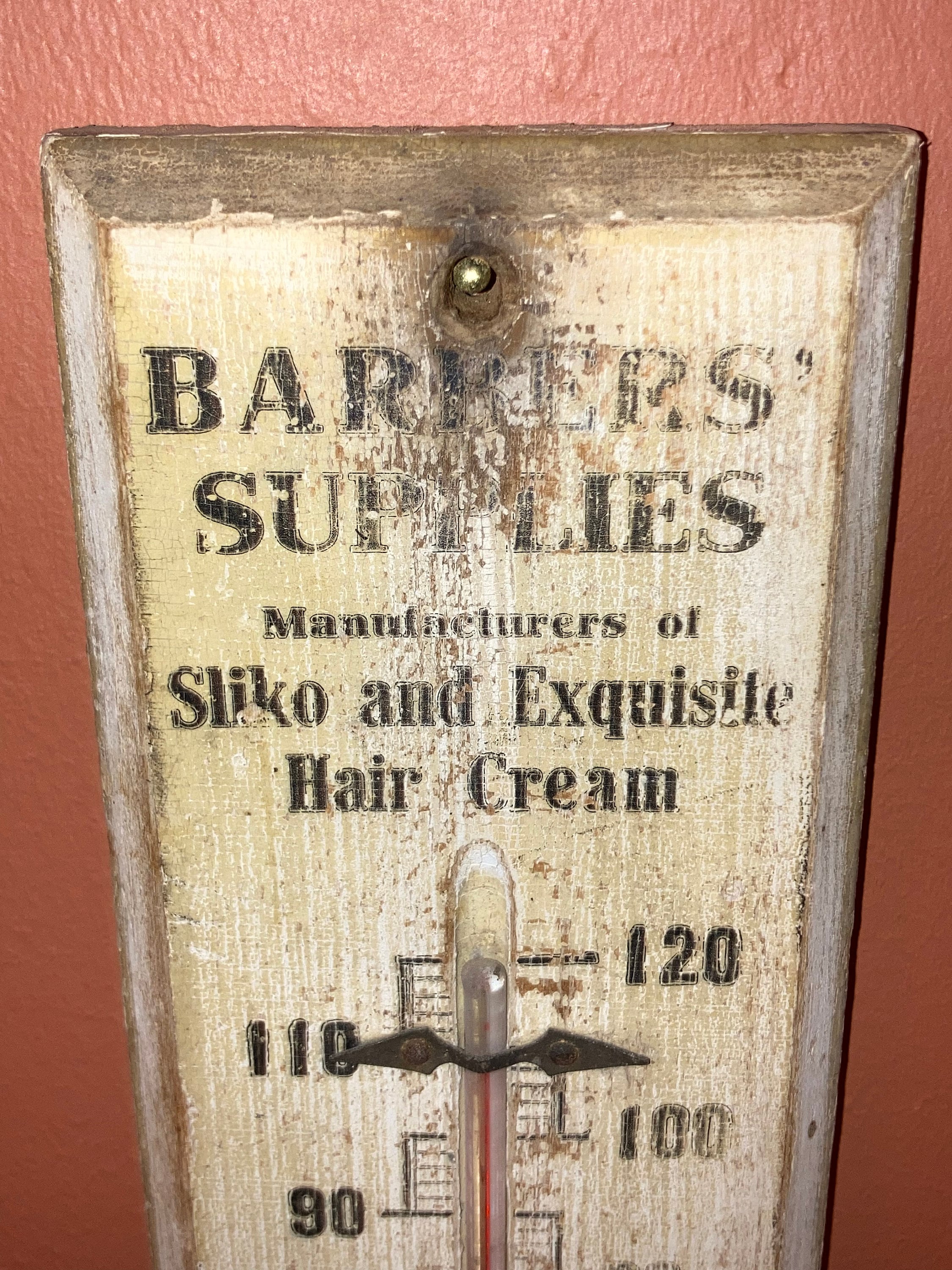 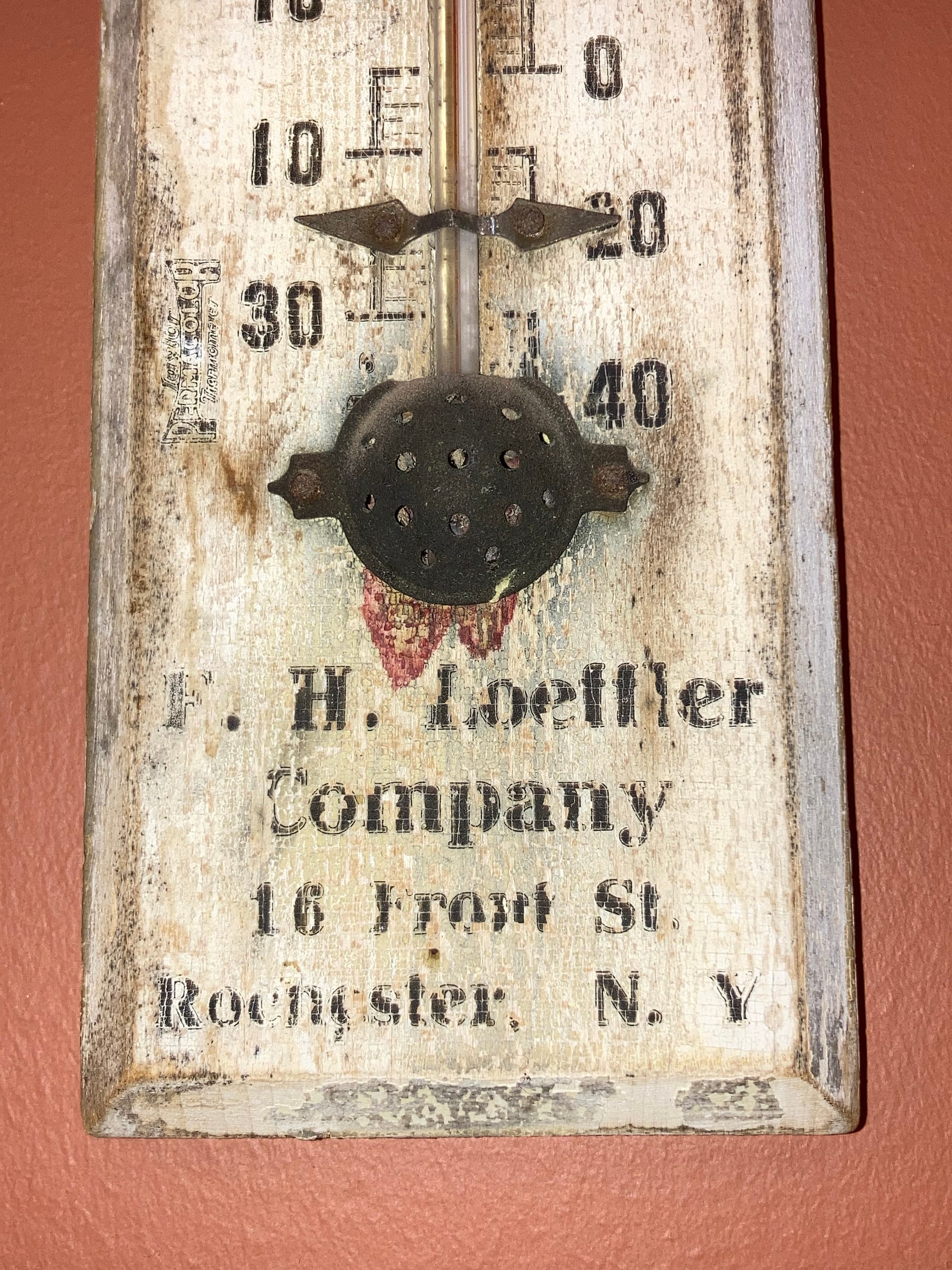 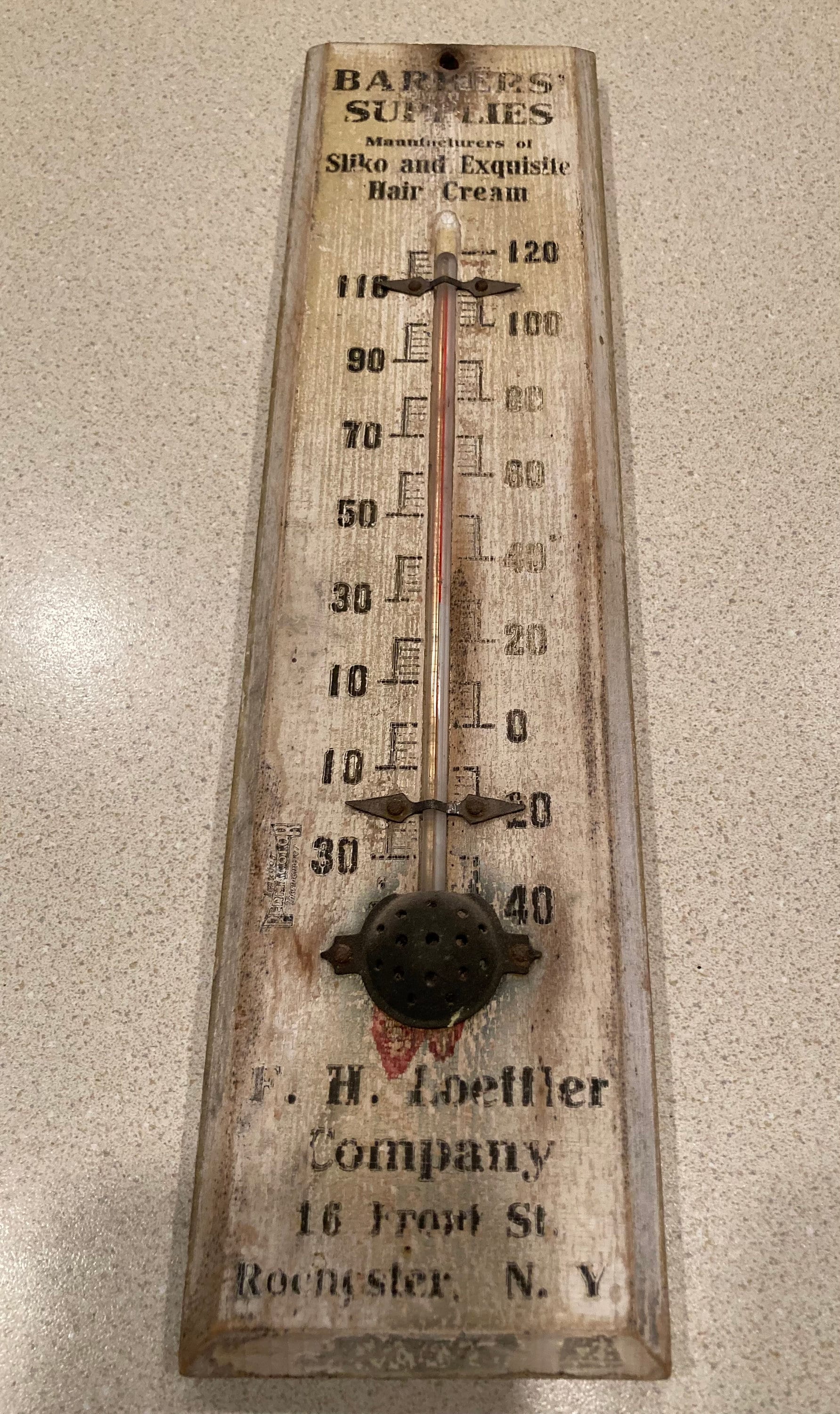 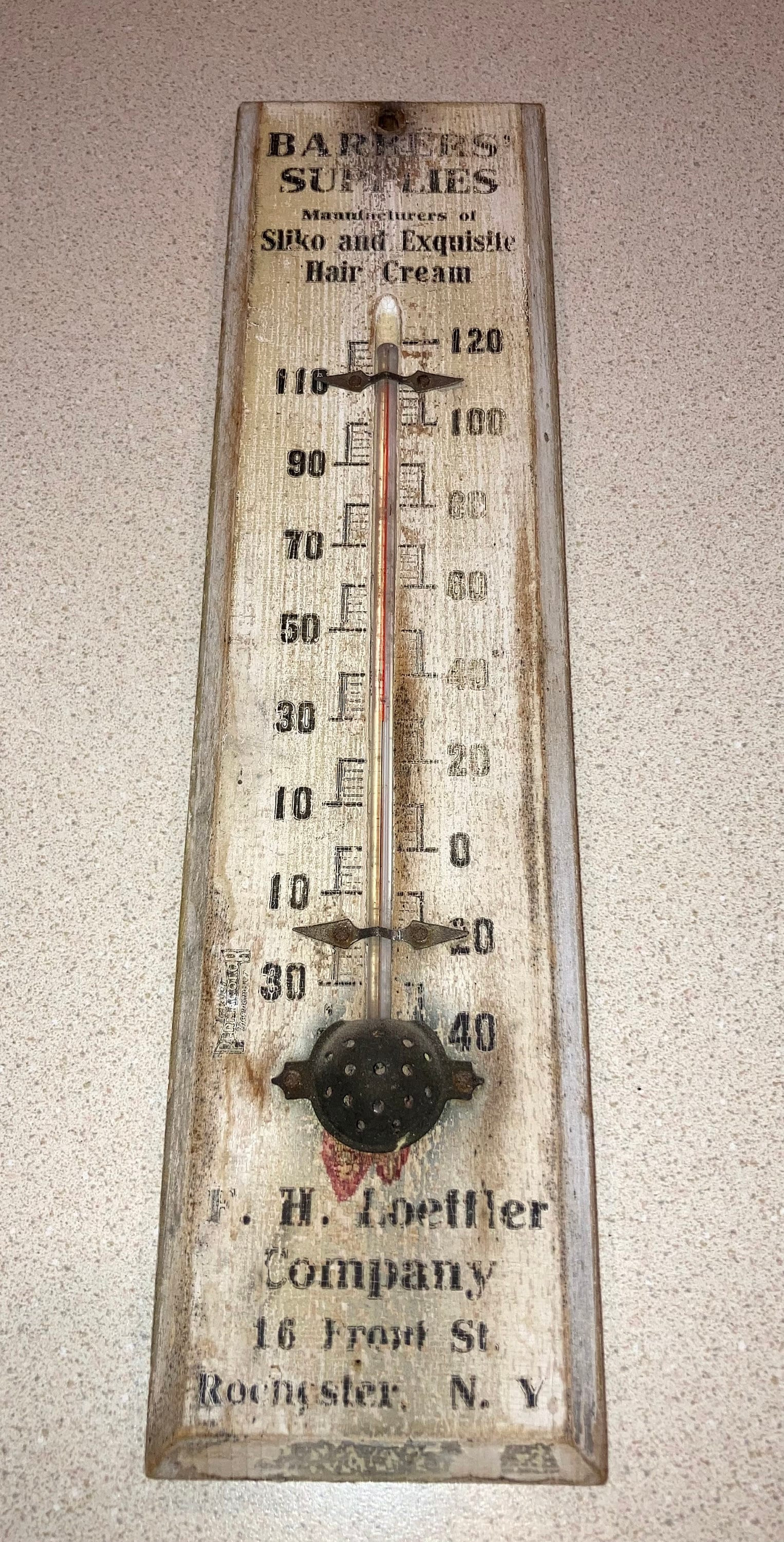 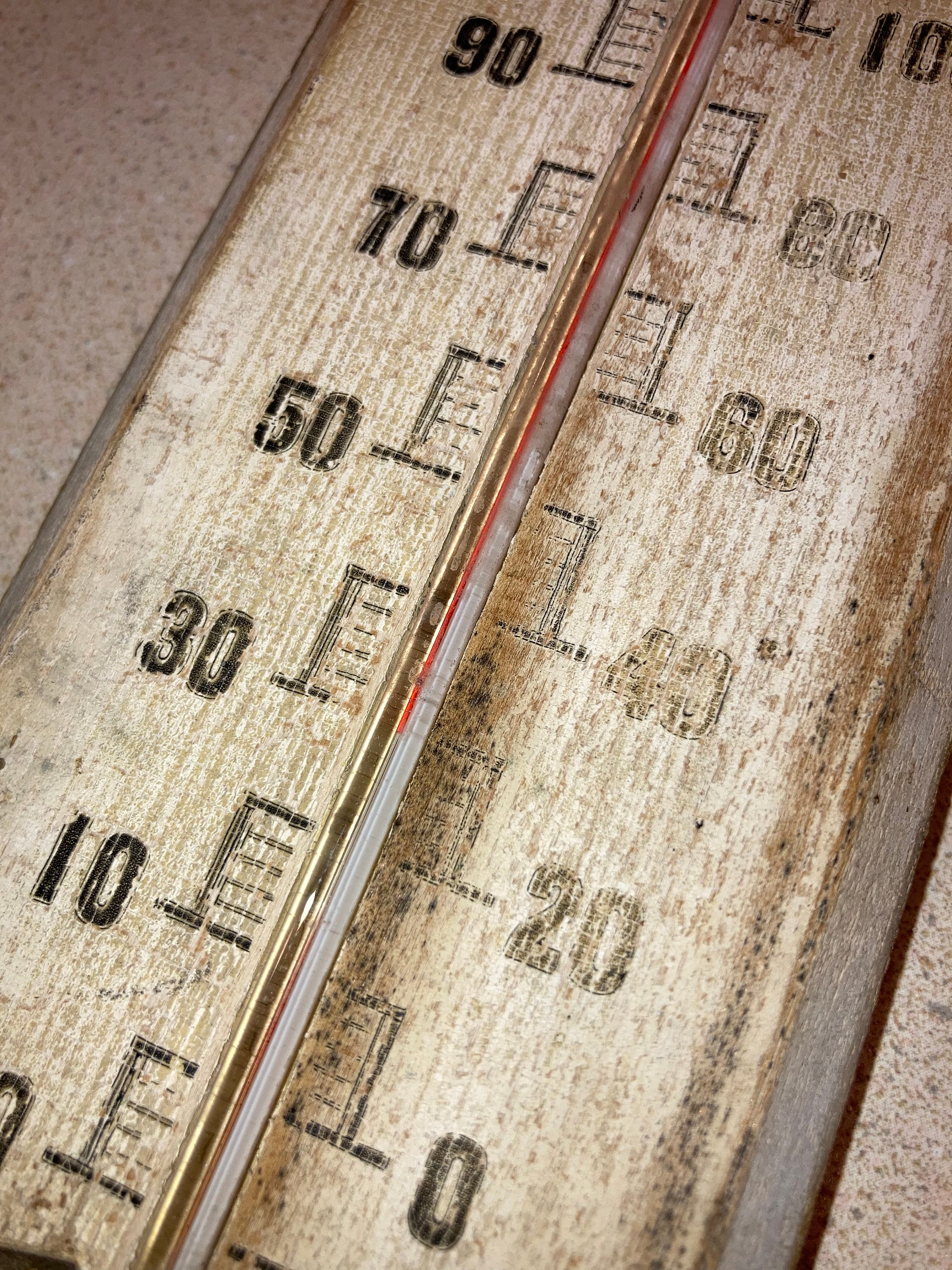 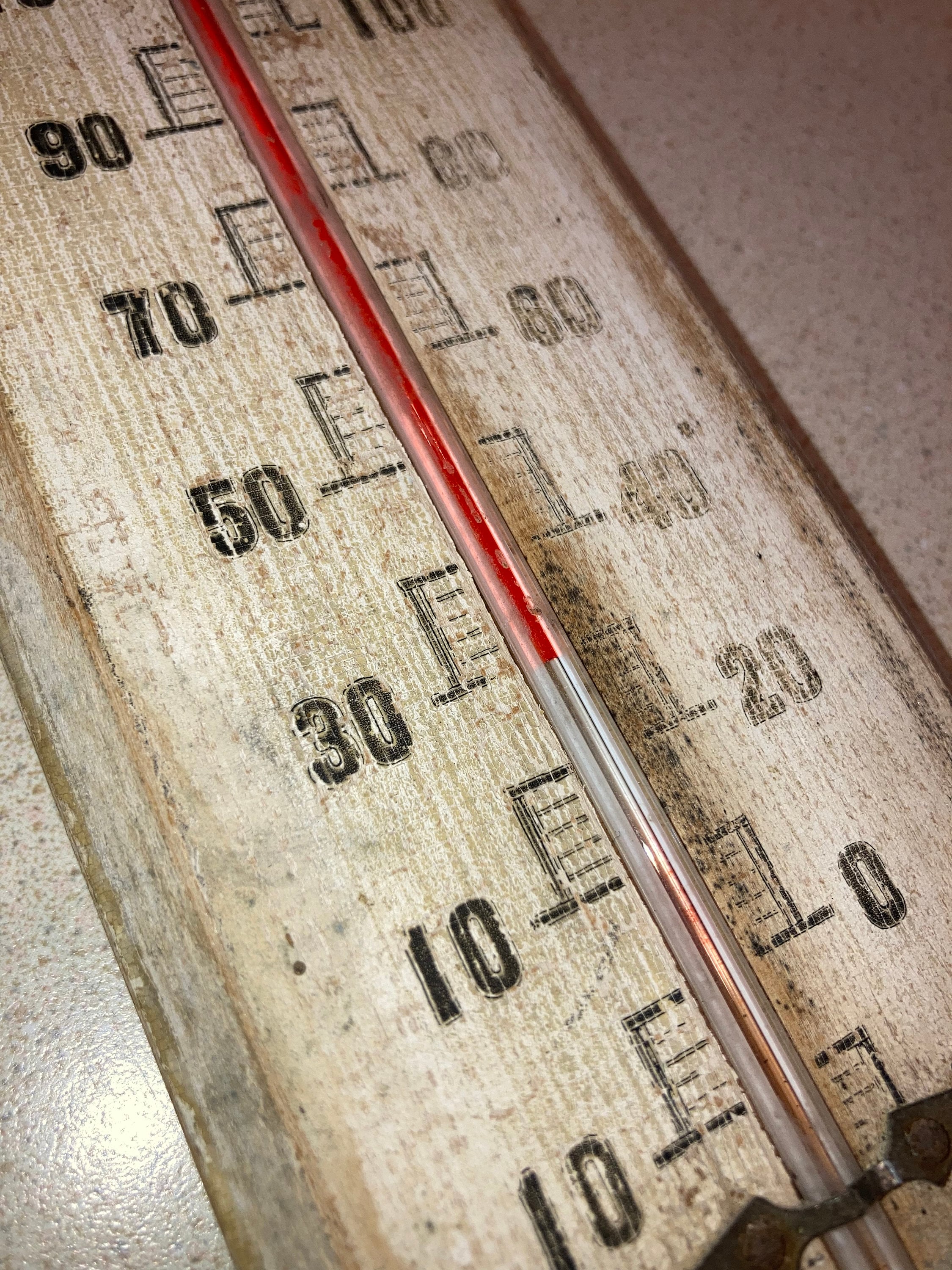 Antique wooden advertising thermometer in original, as found, untouched condition. It's from the F. H. LOEFFLER COMPANY, of Front Street, in Rochester, N.Y. The top advertises Barkers' Supplies "Manufacturers of Sliko and Exquisite Hair Cream". It has the original glass thermometer tube which appears intact but not working correctly.

F.H. LOEFFLER CO. operated as one of the largest cosmetic & barber supply houses in the Western, NY region. It was founded by Frederick H. Loeffler in 1885, became known as Loeffler & Sykes from about 1887 in partnership with Edwin Sykes through around 1904. After 1905, the business name was again named F.H. Loeffler Co. and continued as such until 1957. This company was well known for its imported German straight razors. Descendents, until just recently, still operated a wholesale business, Loeffler Beauty Supplies, in the Rochester, NY area.

This old wooden thermometer is not rotted or falling apart. It shows plenty of age and wear but its right of the wall, is structurally sound and displays well. It measures 12" by 3". It's a rare piece of advertising ready for your collection!