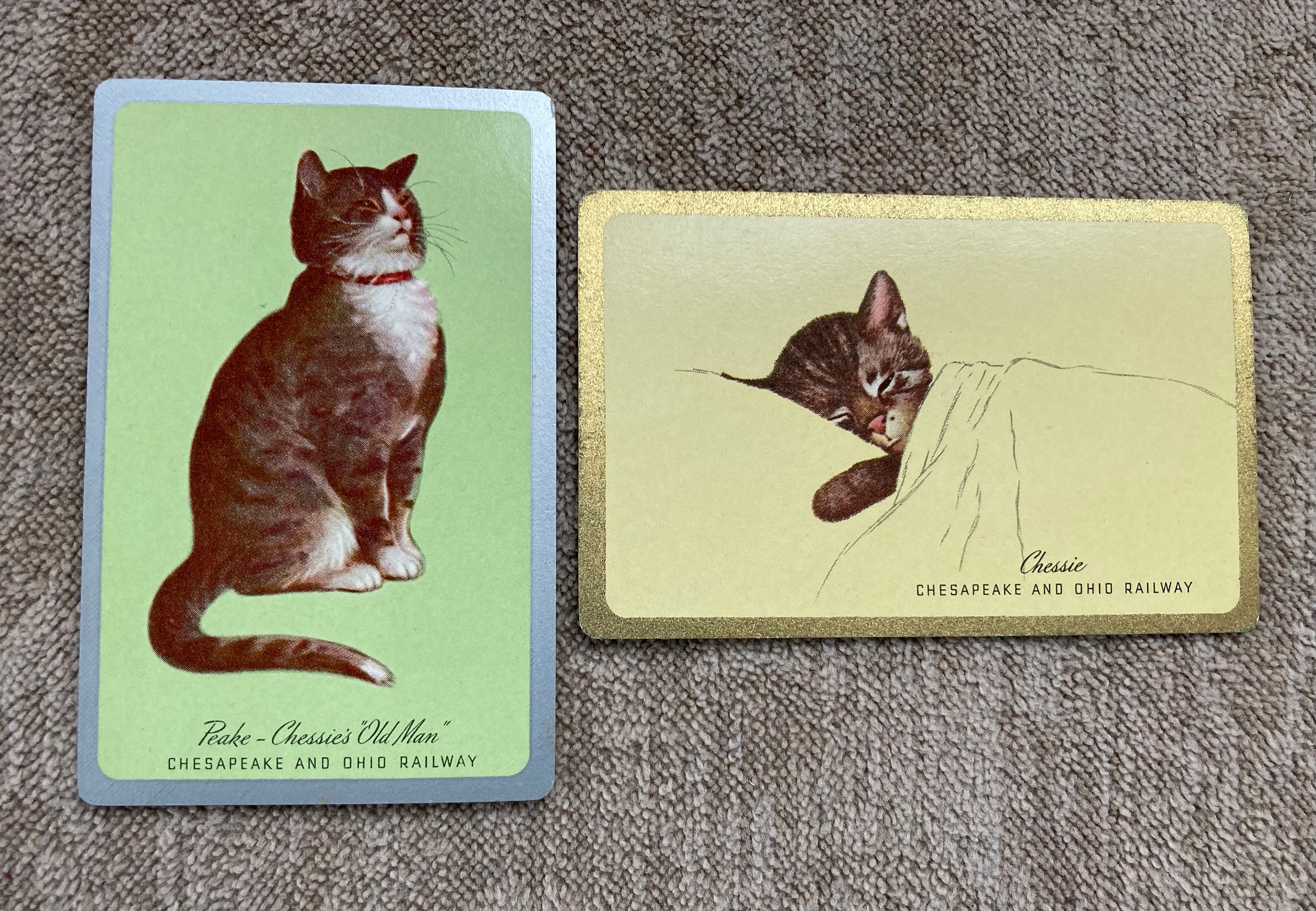 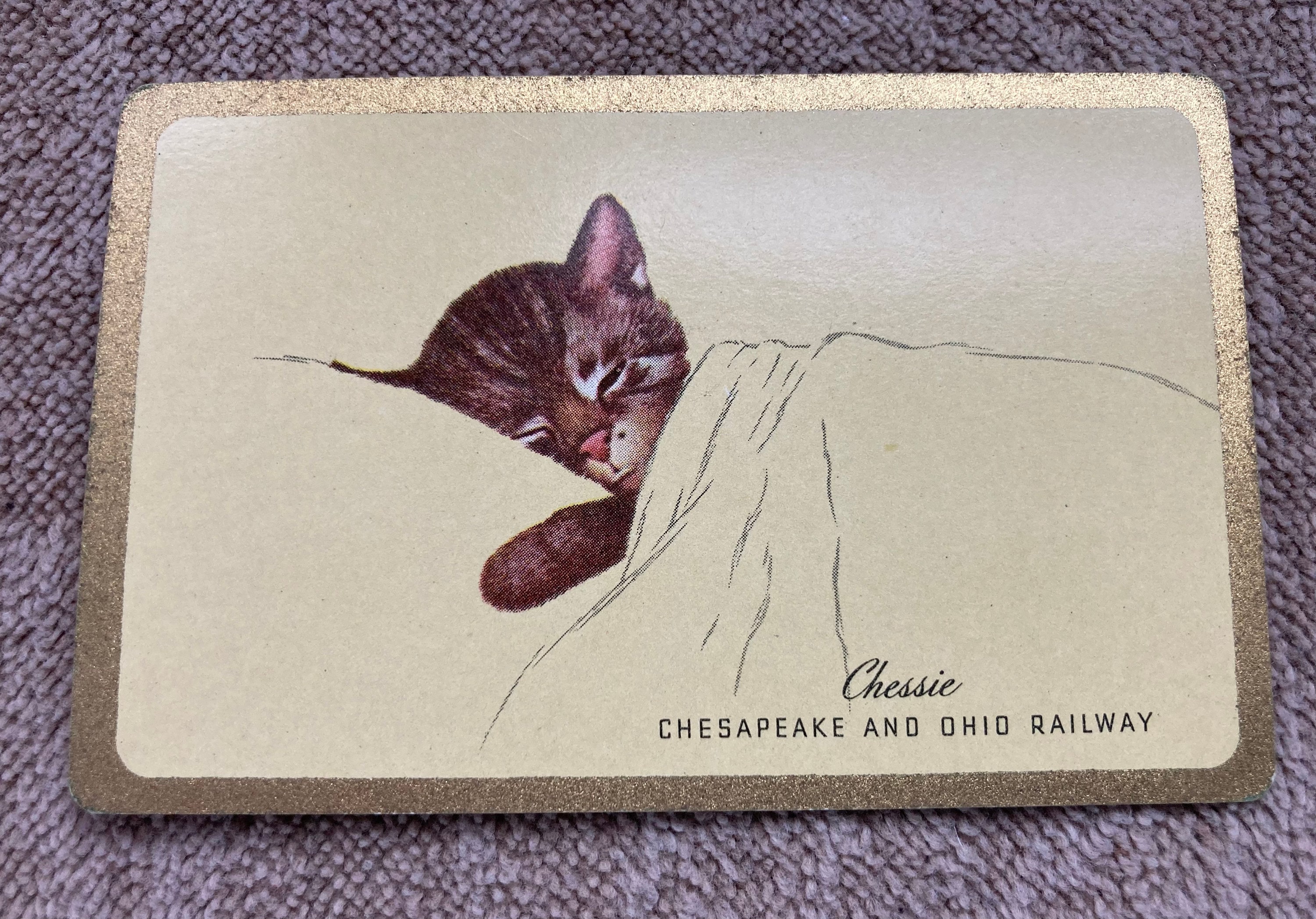 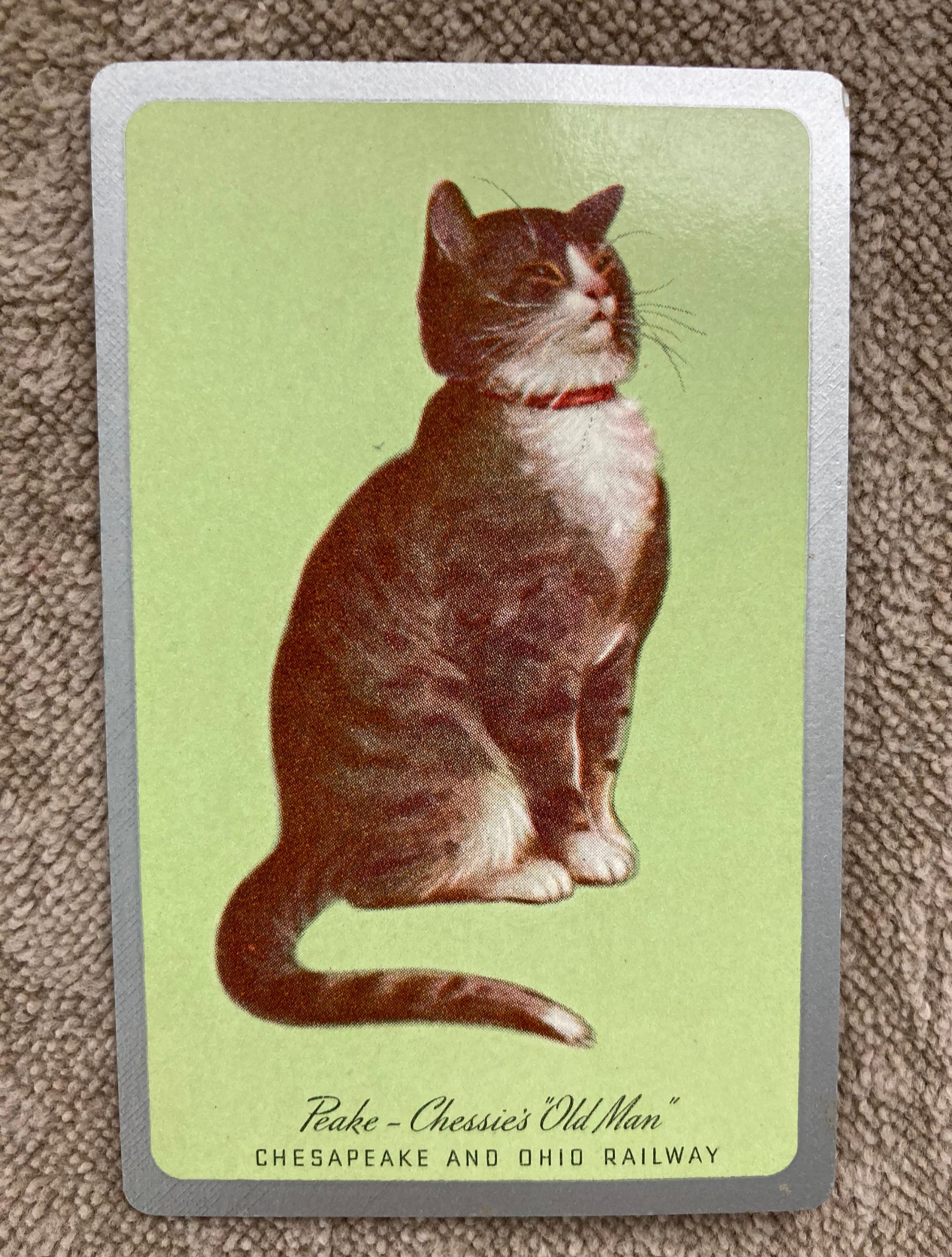 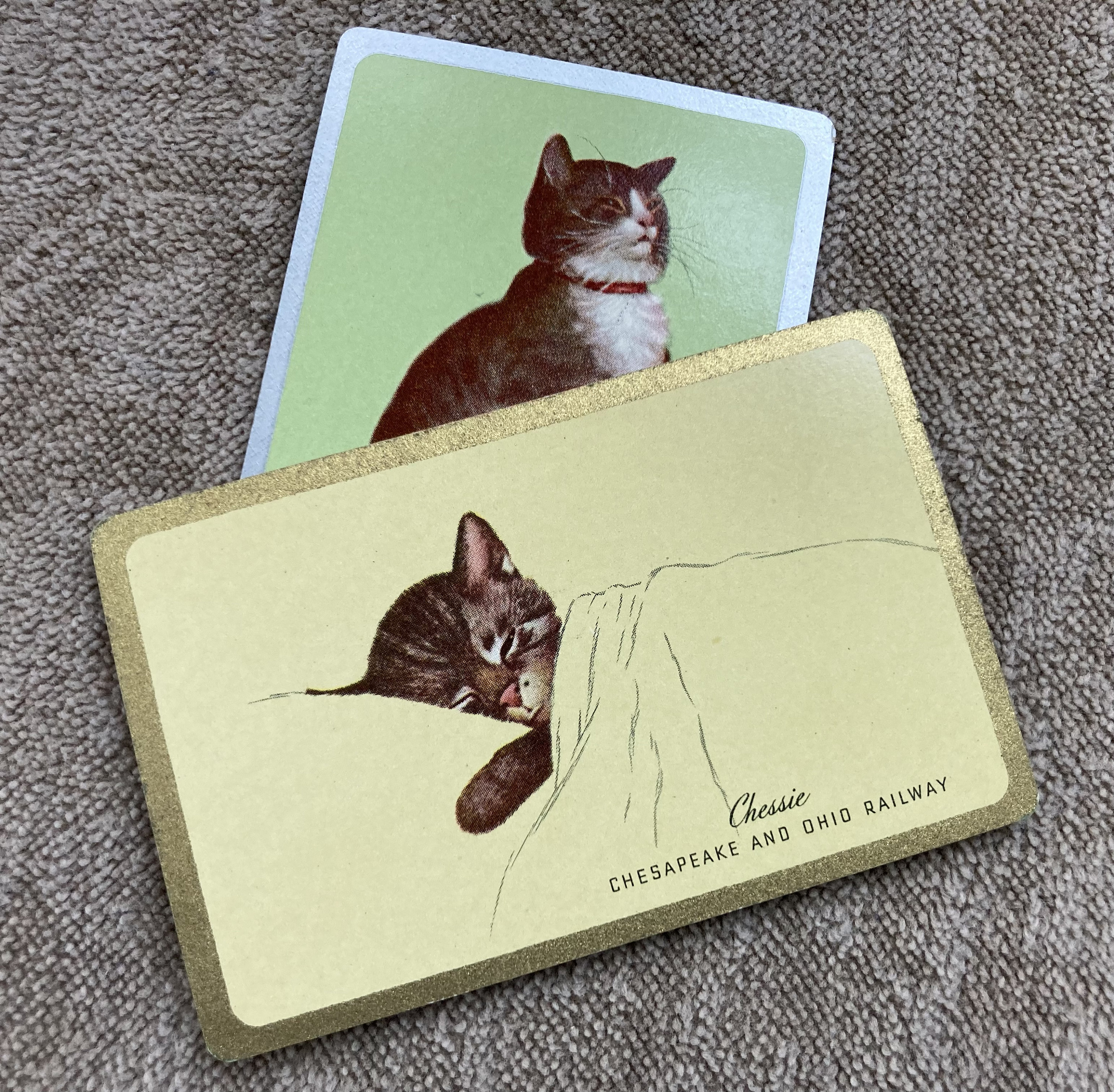 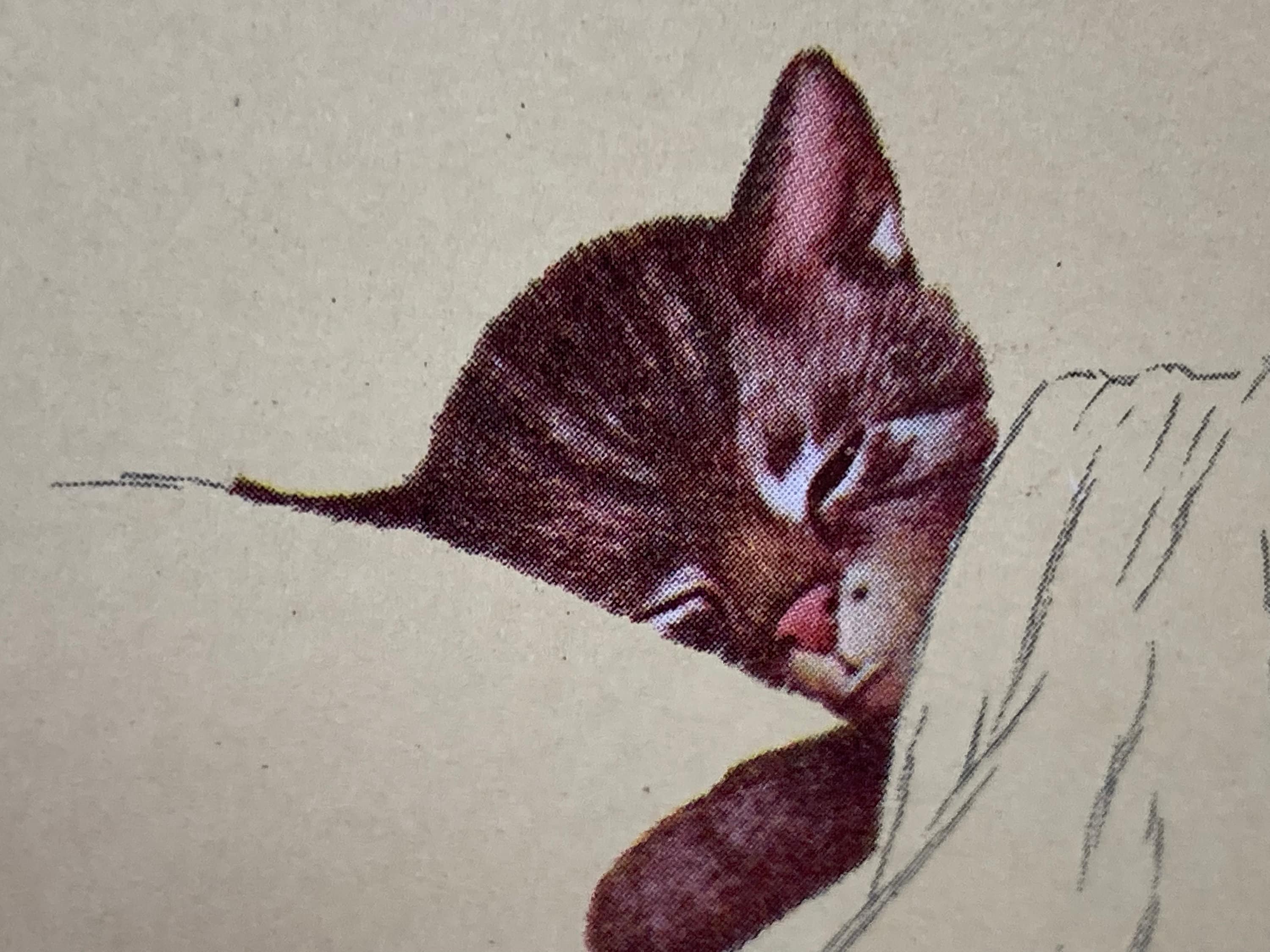 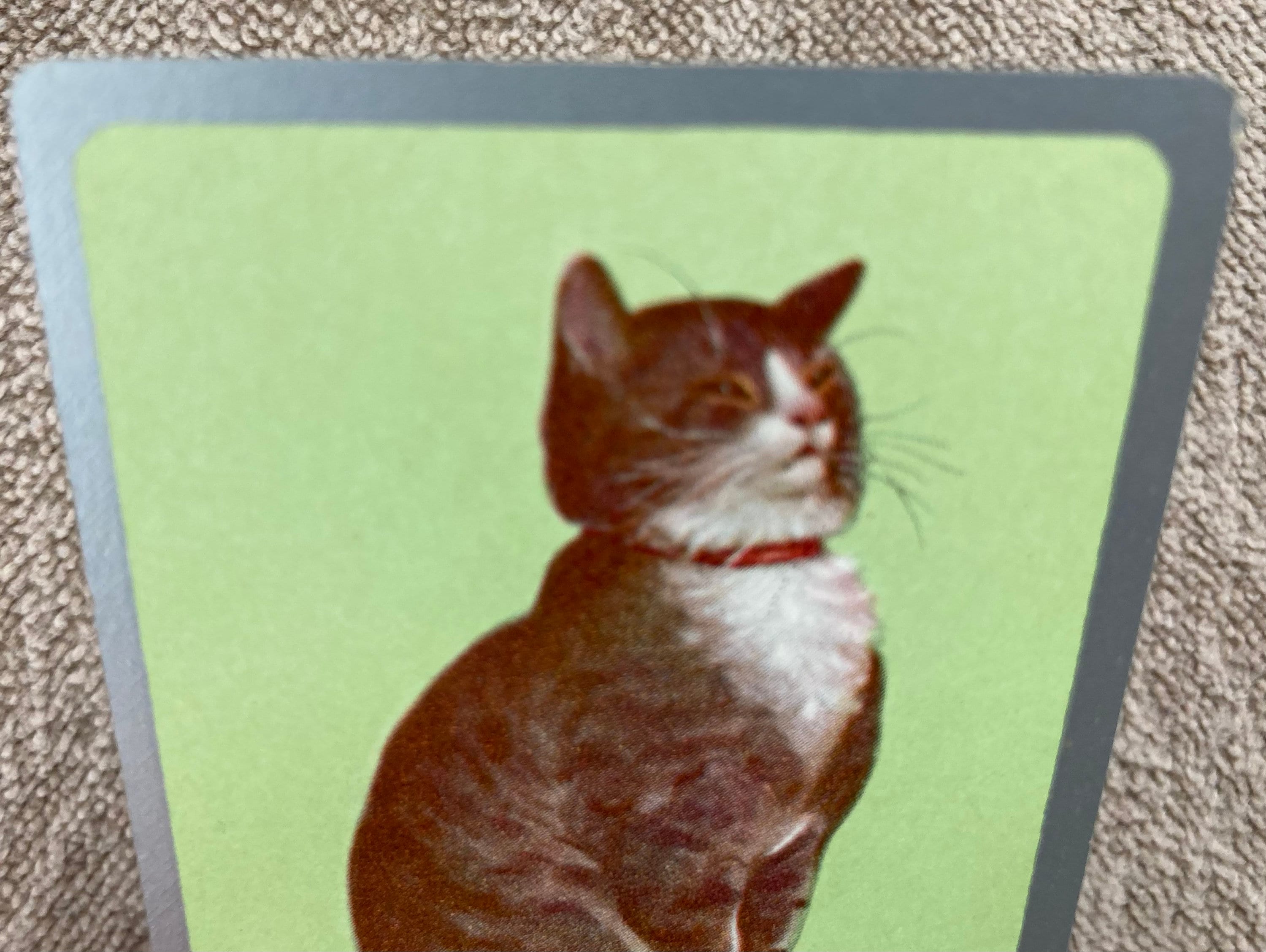 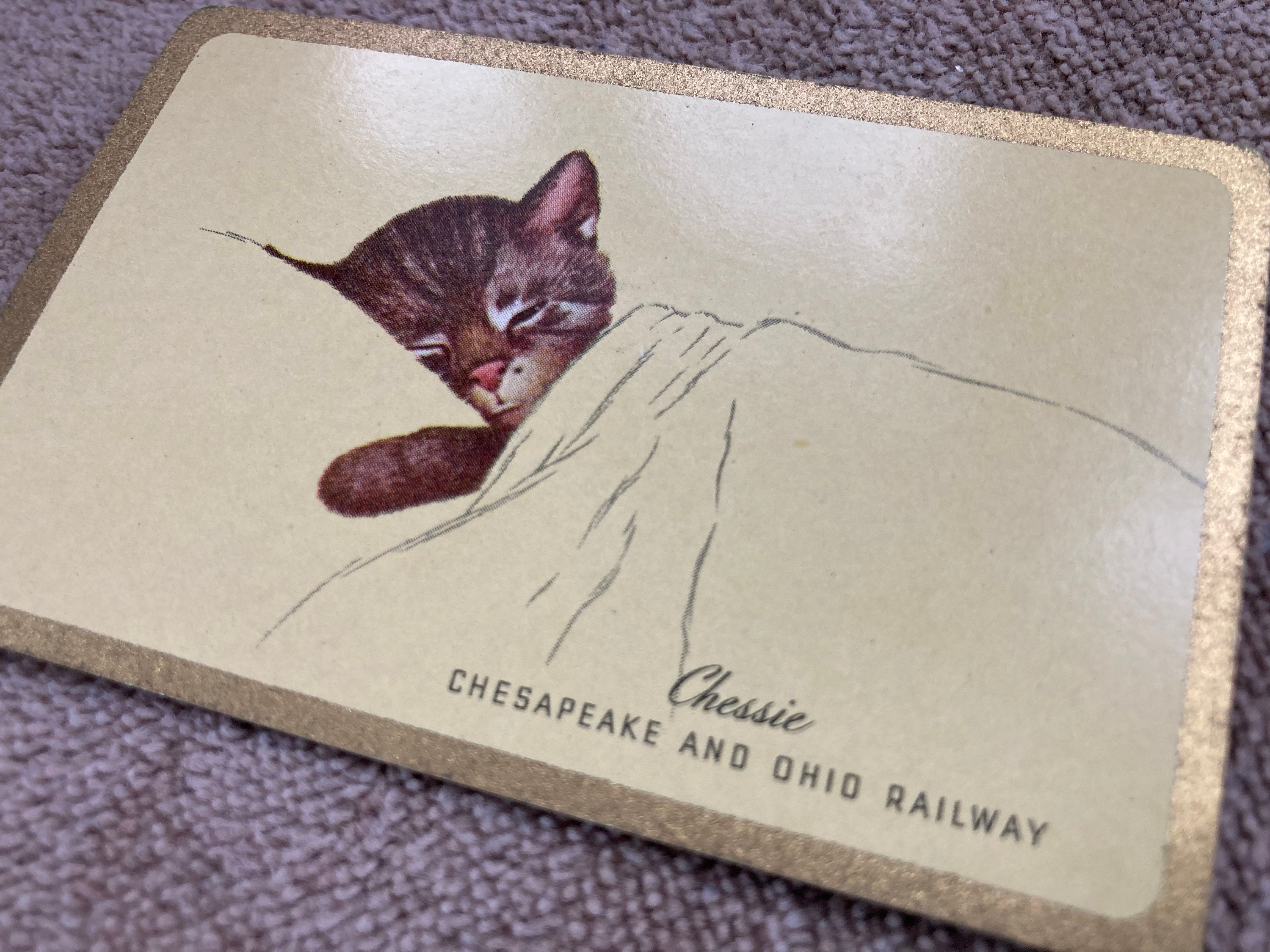 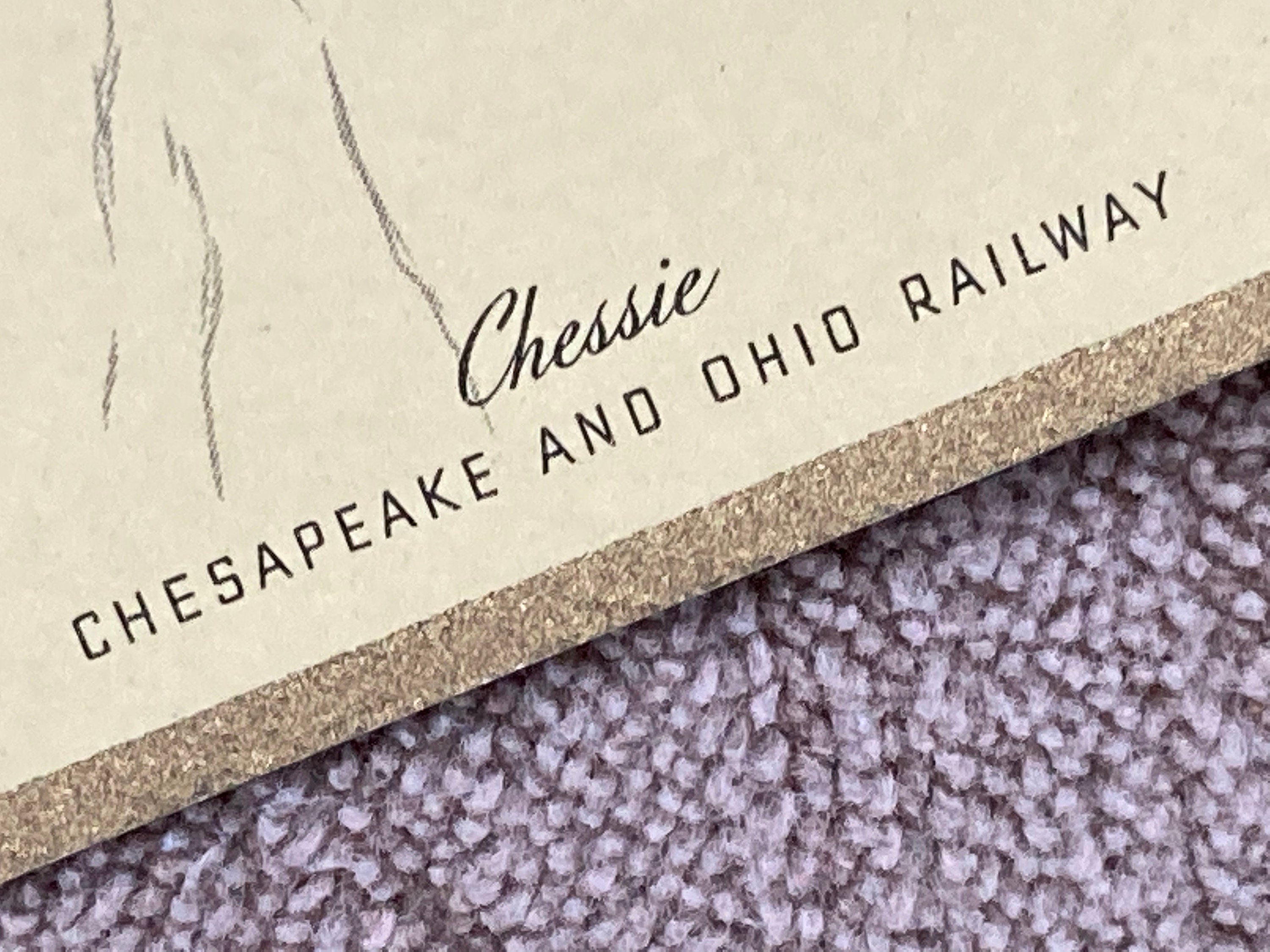 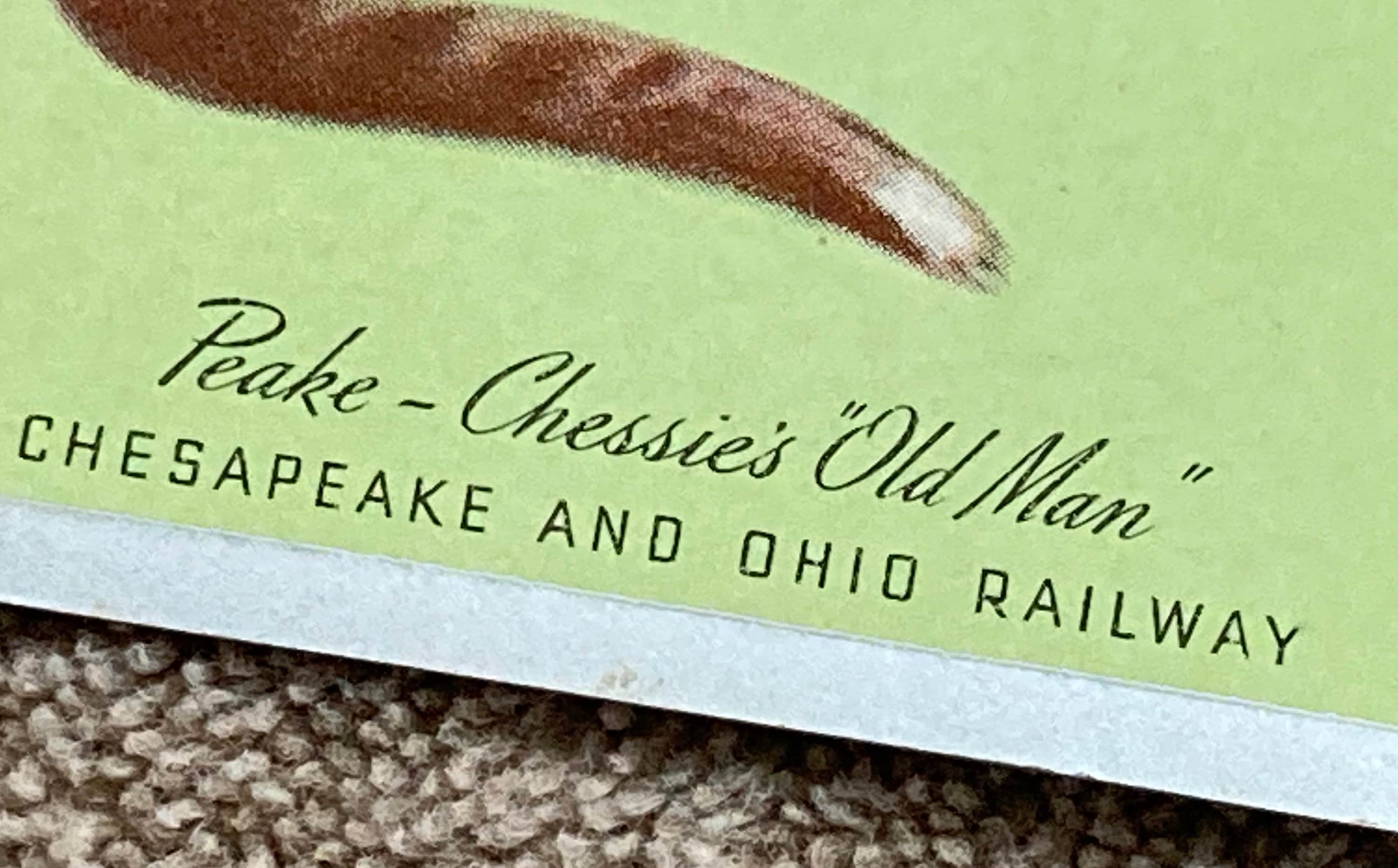 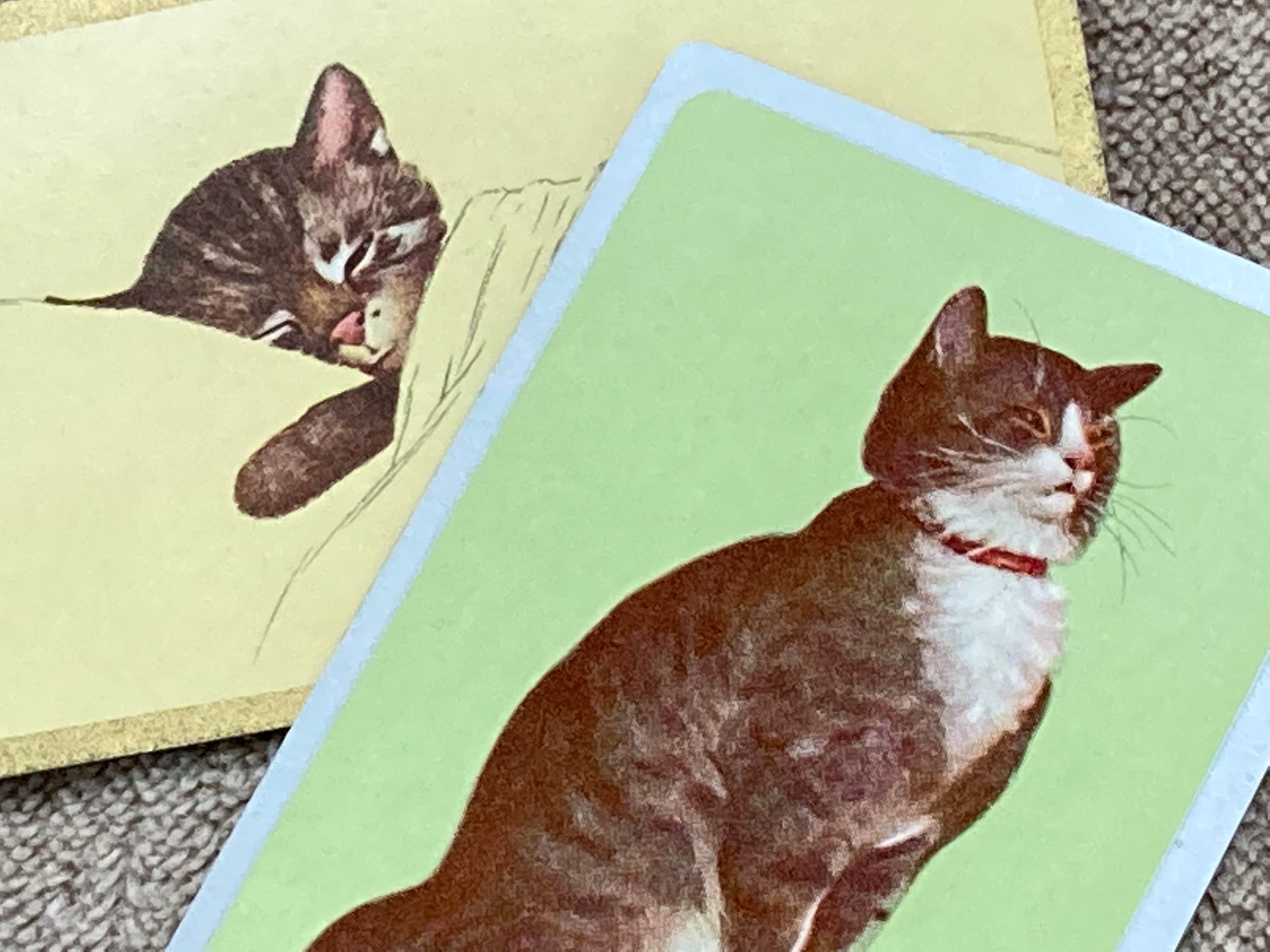 Two very cute, vintage, promotional/advertising playing cards for the Chesapeake and Ohio Railway dating back to the 1940s. They feature the Railroad's mascots, Chessie and Peake - Chessie's 'Old Man'. The adorable dozing kitty first appeared in a 1933 Fortune Magazine advertisement with the slogan: "Sleep Like a Kitten". Peake, Chessie's mate, was added to the advertising campaign later. Wildly popular, the Chesapeake and Ohio Railway expanded the promotion with calendars, clothes, playing cards like these, and even children's books. Chessie's image was used right up through the early 1970s when the C&O became part of AMTRAK. This listing is for TWO SINGLE CARDS, not two deck of cards. Enthusiasts call these single cards "swap cards" or "trading cards", and they are collected world-wide! These two cards with the Chesapeake and Ohio Railway kitties would look very cute framed and matted! Free shipping!