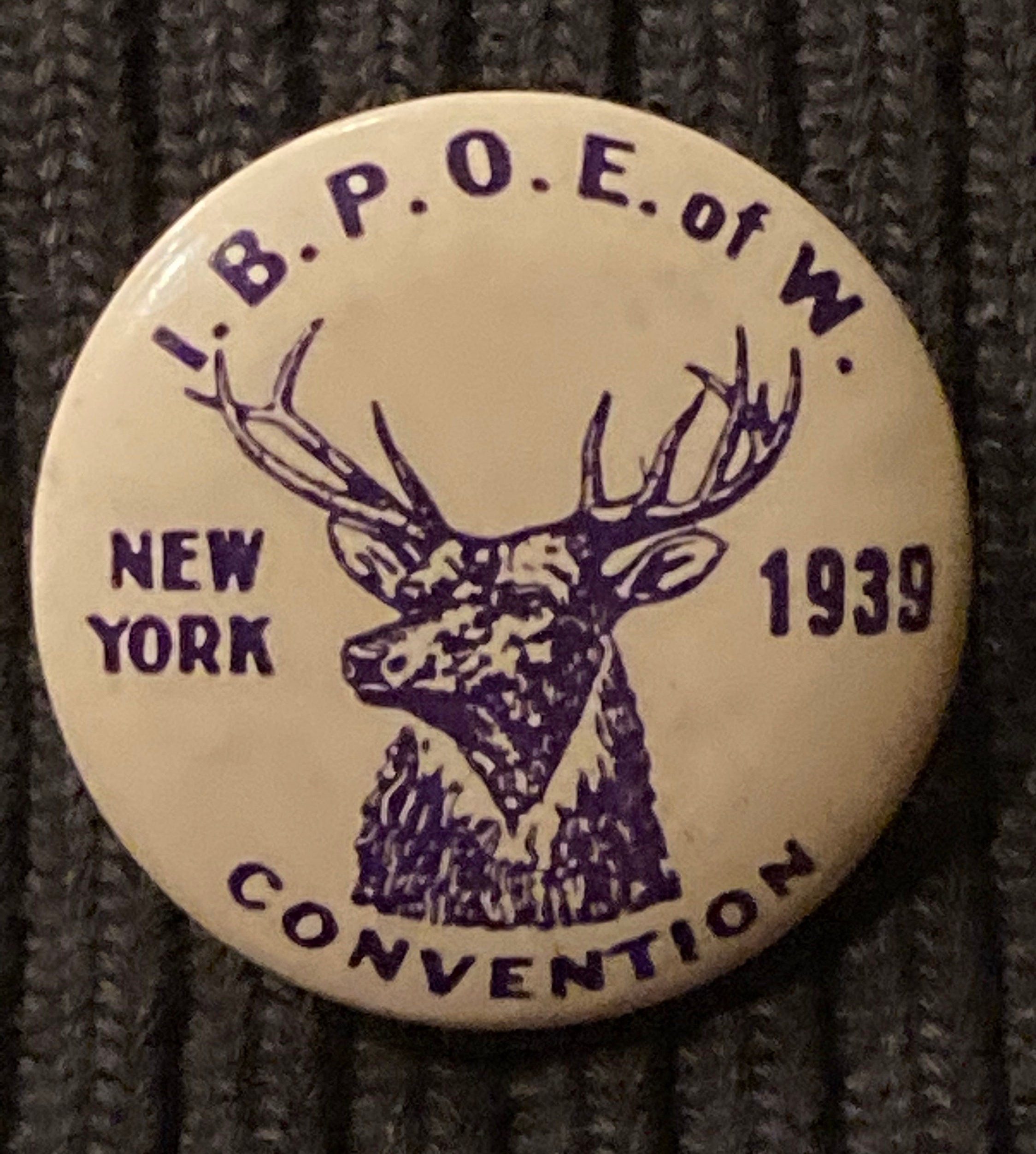 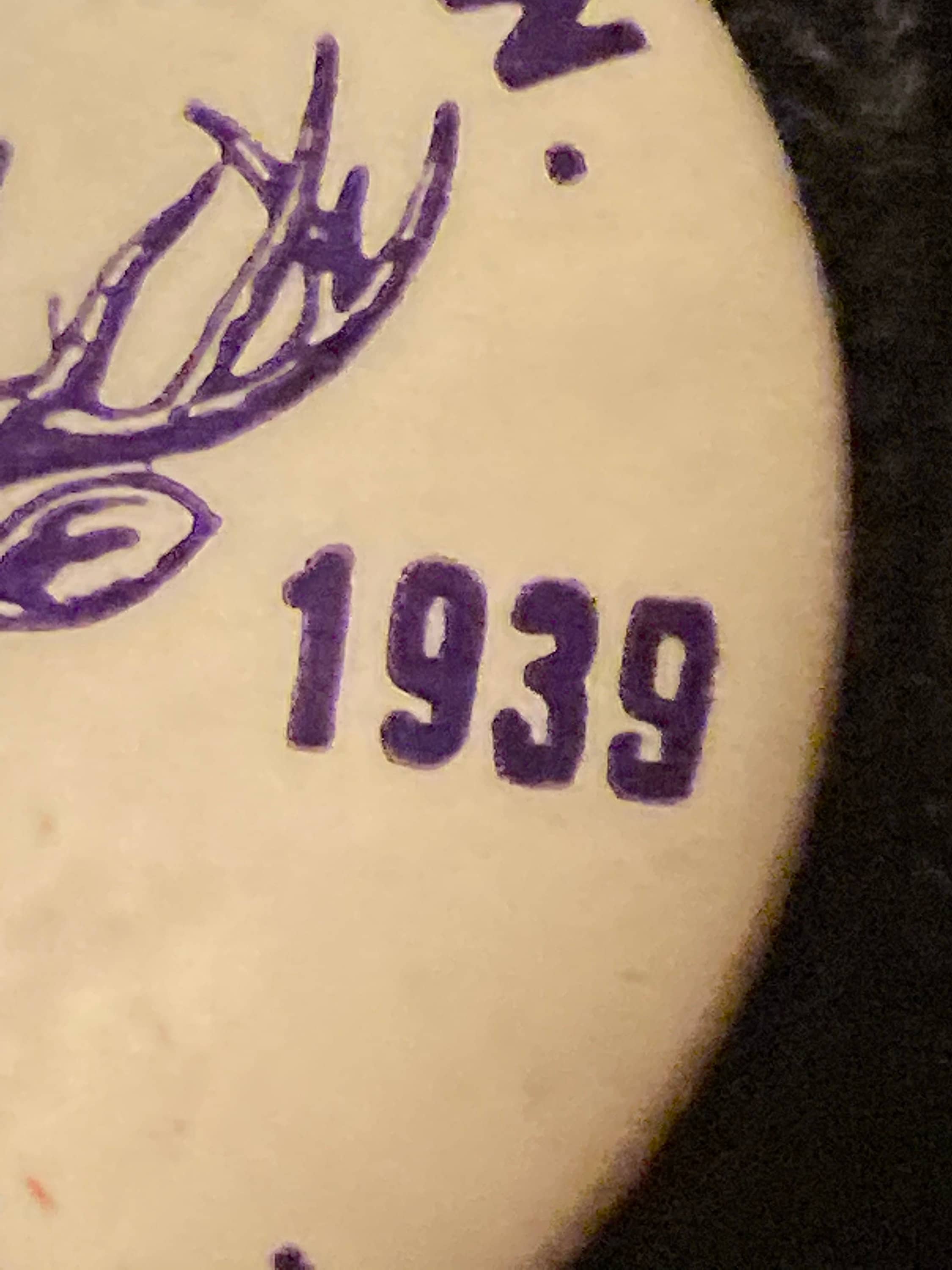 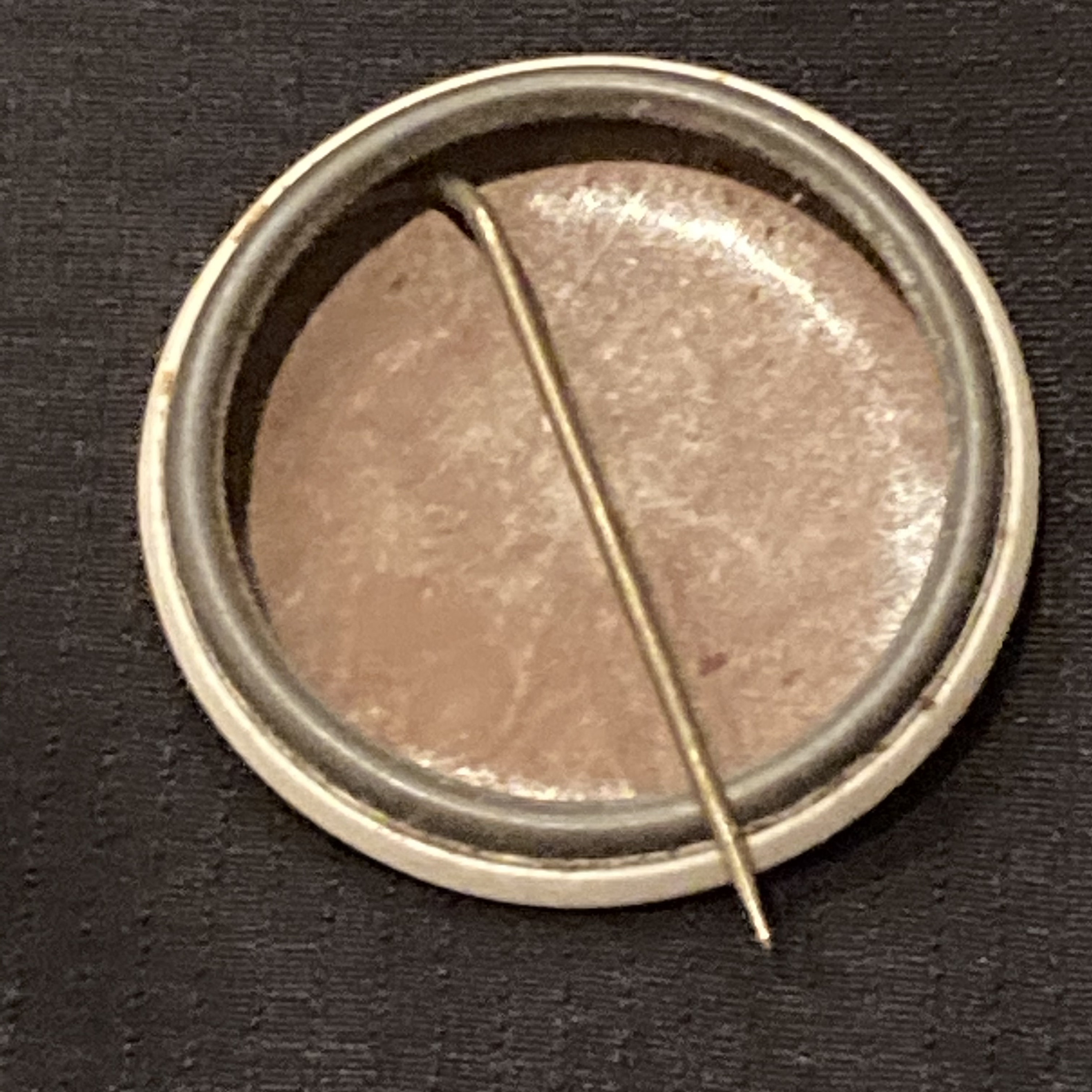 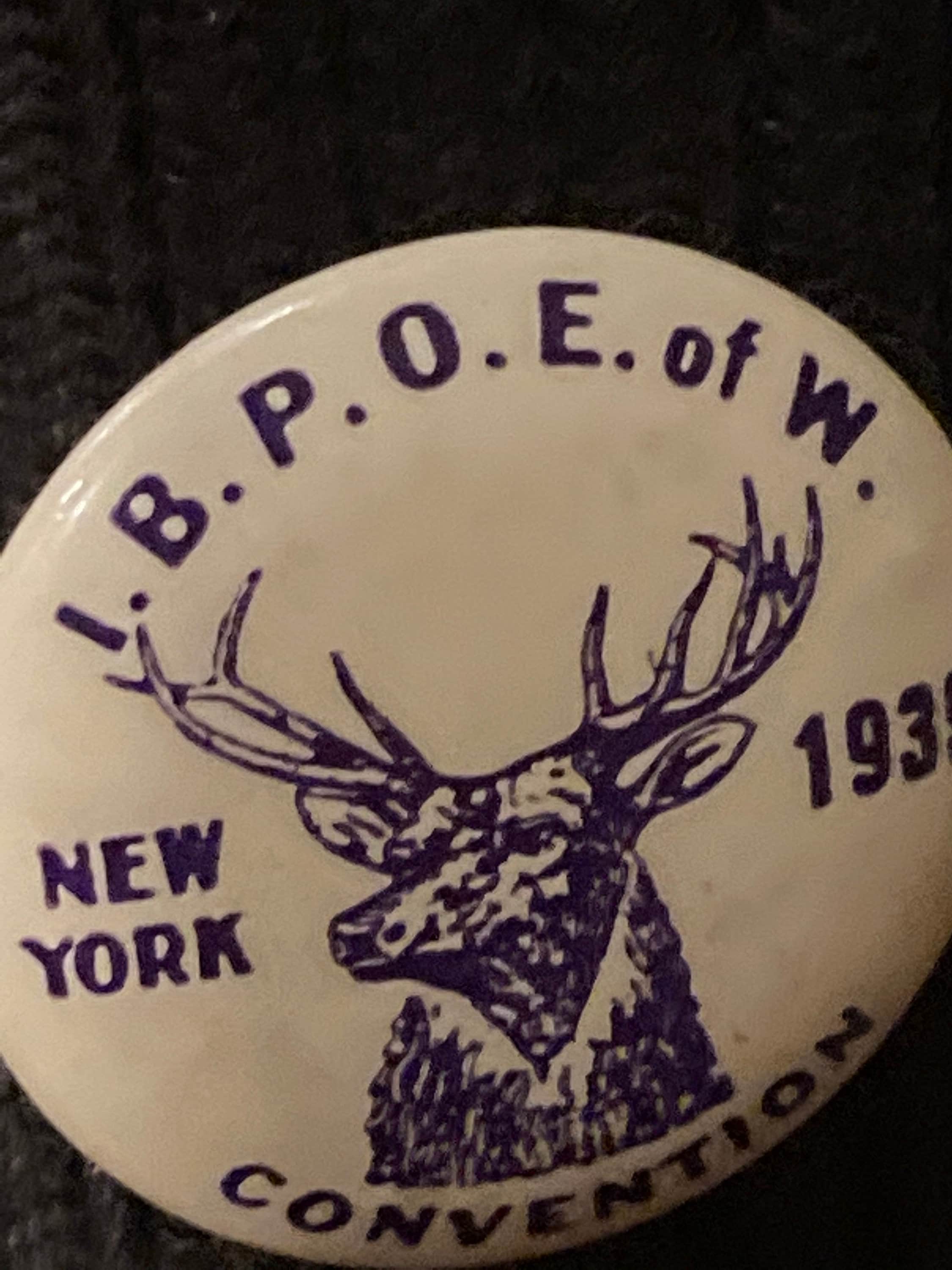 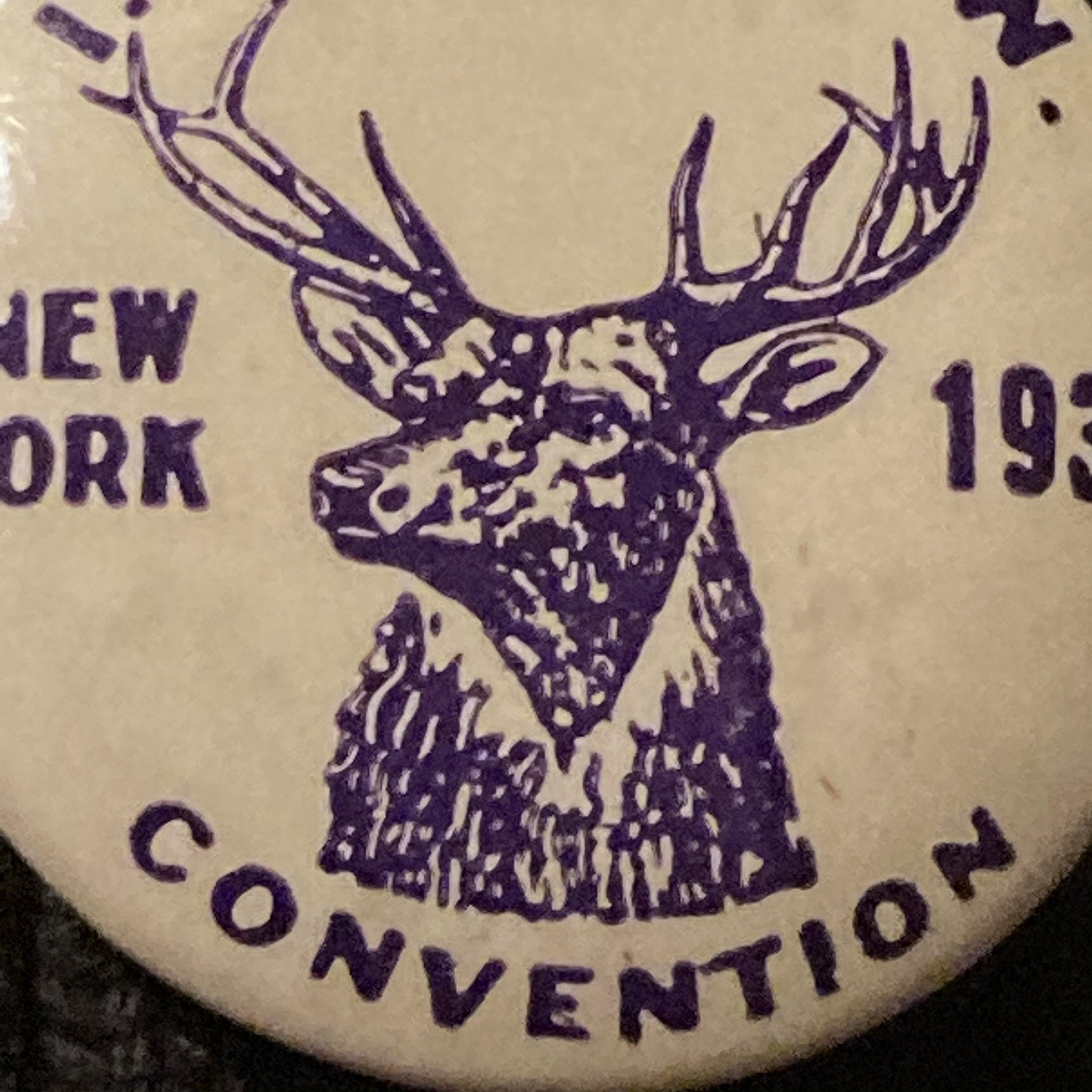 Here's a vintage Elks Lodge button from the 1939 New York Convention. It's celluloid over tin and measures 1 1/4 inches in diameter with a white background and purple graphics. It features the Elk logo, and the slogan initials "IBPOE of W", which stands for "Improved Benevolent and Protective Order Elks of the World". Very good condition with only minor aging.

The Elks fraternal order was founded in 1868 as a social club in New York City. Remarkably, up until the late 1970s, the Elks was an all-white organization that required members to be male US citizens, at least 21 years old, not Communist, and God believers. Women were not officially allowed to join until 1995.

This button ships in a stiff, First Class package for protection and as per USPS
regulations.